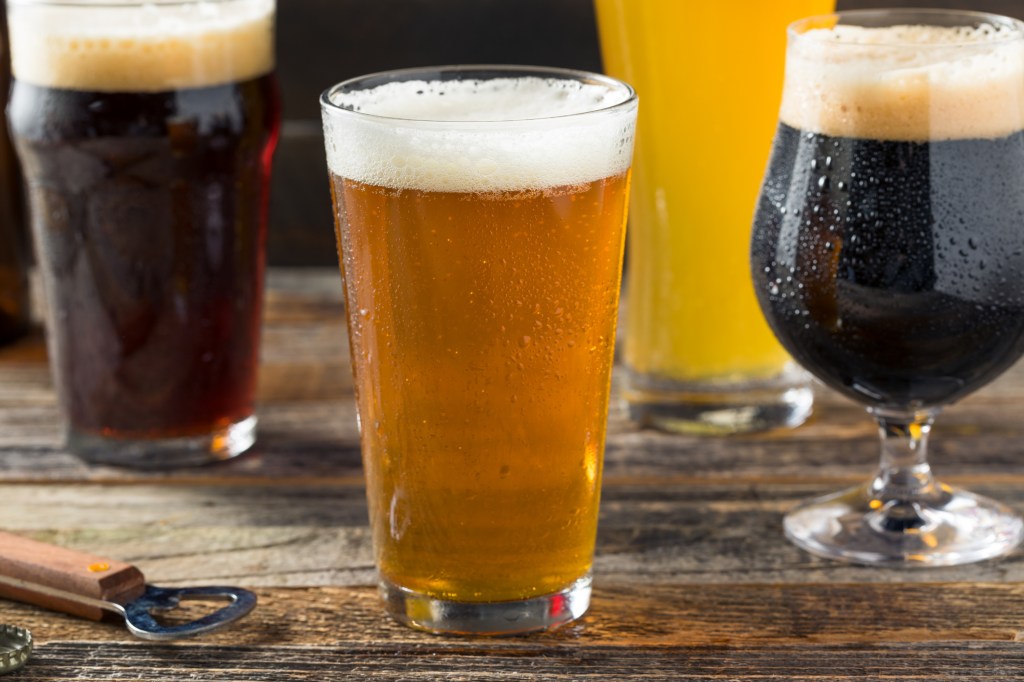 The 2021 dumpster fire, which followed an even worse 2020, had a devastating impact on the craft beer world. Although far fewer breweries have closed than originally forecast, even more breweries could close in the coming months.

Fortunately, it’s not all bad news. Many breweries moved to new business methods, such as expanding their outdoor space and changing the way they bring their beers to consumers. Some of these changes may remain.

Here are a few beer trends that we’re likely to see this year.

Directly to the consumer

During the pandemic, many breweries were selling beer directly to their customers via roadside pickup or local shipping, or they started shipping across the state in hopes of finding new customers who couldn’t access their beer through traditional distribution systems. It was a lifeline for many companies.

With the bars reopening and the pandemic restrictions easing, most breweries are slowly returning to more normal day-to-day operations. But few, if any, will give up
which is likely to become an additional source of income. Beer lovers across the state can still order beer from breweries outside of their local market and enjoy fresh California beer that was not available to them before the COVID outbreak. If there has been a silver lining in the past two years, it could be this one.

The rise of non-IPAs … maybe

It’s been at least a decade since IPAs hit the beer world, and they’re not going away. But some of California’s 1,100 breweries – as of July 2021 – will find ways to stand out from the crowd by making IPAs with unique hop blends. Others will create new beers that don’t stick to a particular style or mix established styles in new ways.

I’m starting to see some brewers making more malt-forward ales, like milds, brown ales, or
Amber Ales, as an antidote to the IPA craze – not on a grand scale, but maybe it is
early rumble of a swing away from the hoppy beers that have dominated for so long.

While high-alcohol beers are still the darling of hardcore whale hunters – beer lovers looking for rare and hard-to-find specials – beer drinkers are increasingly asking for low-alcohol or non-alcoholic (N / A) beers.

Whether it’s driven by people who want an active, sporty lifestyle or those who think it’s a healthier choice, expect more brewers to produce N / A, less alcohol, or gluten-free beers. Breweries have experimented with this in the past, but now they have finally figured out how to make low-alcohol and non-alcoholic beer that tastes like beer and most of the time
The main thing is that it tastes good.

The only major category that has a chance to compete with IPAs are lagers. Lager beers are not a single style, but a wide range, which is differentiated by the use of the lowest harvest yeasts and some differences in brewing processes and ripening times.

Pilsners are the most famous as this is the style of most of the beers produced by the largest national and international beer makers. Lagers used to be more difficult to make and take longer to brew, so many early craft breweries only brewed real ales. Technology has changed that. Nowadays, most breweries can brew lager alongside ales in the same facility – and as I’ve been saying for several years, the number of breweries
the production of great tasting lager beers just keeps growing.

Aside from the great craft pils, there is also Helles (a light lager that is less malty than pilsner), Mexican lager (which is essentially Viennese lager), and Schwarzbier (a dark, body-hugging lager).

The rise of the seltzer

Sweet and fruity hard seltzer will continue to rise, displacing hard cider as the alcoholic beverage of choice other than beer, wine, or spirits. While technically not a beer, many breweries are currently making their own versions of Seltzer to stay competitive. In my experience, there is always a sweeter alternative alcoholic drink that is trending at all times. I bet Seltzer will continue to sit on that throne this year.

Did I mention smoothie beers? Alcoholic smoothies made in breweries haven’t cracked the mainstream yet, but I think we’ll see how they spread this year.

No matter which beer you drink this year, make sure that it is fresh, local and lovingly prepared.

For more food and drink coverage
Follow us on Flipboard.