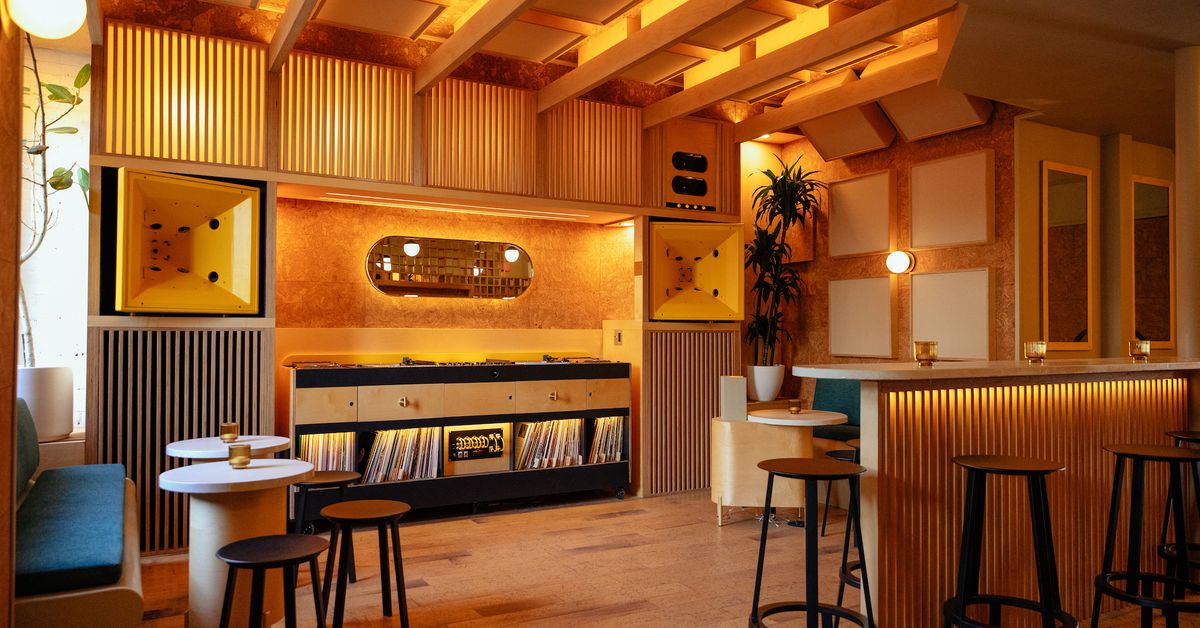 Two years after the coronavirus pandemic, restaurants across the city continue to open their doors, sometimes because their concepts have been able to adapt to the new normal, but more often because their owners have had no choice but to move on. Since March 16, 2020, when the state temporarily shut down indoor dining for the first time, hundreds of new restaurants have opened, including celebrity-backed Pebble Bar, Mexican vegan restaurant Raíz Modern Mexican Kitchen, and sleek new Hörbar Eavesdrop.

Here is a summary of the restaurants and bars that opened in March. This list is updated weekly. If there’s a vacancy near you that we’ve missed, let us know at [email protected]

Health experts consider eating out to be a high-risk activity for the unvaccinated; It can pose a risk to those vaccinated, particularly in areas with significant COVID transmission.

Green Dot: A new bar for audiophiles loudly opened today grub street. Listen has cocktails, such as those with yuzu and yerba mate, as well as a selection of wine and beer. The menu features chicken meatballs with chili mayonnaise, baked cod with tamari spinach, canned fish, nori popcorn, a miso rice bowl with tofu, and for dessert, a yuzu lemon and ricotta cake. The 36-seat Hörbar comes from Dan Wissinger and Charlie Ballinger, who were previously in the music industry. Appropriately, the space is equipped with state-of-the-art sound systems, for which the team will book DJs and other musical acts. According to Grub Street, the bar plans to host bring-your-own vinyl record nights. 674 Manhattan Avenue, near Norman Avenue

Midtown East: According to the New York Timit, Italian luxury resort pheasant is open now The restaurant offers duck and orange ravioli, Milanese veal and osso buco with saffron risotto. The new spot marks the first New York opening for Gero Fasano’s Brazil-based Fasano group and is reportedly set to share much of the same interior design as the Four Seasons reboot it replaces, which closed in 2019. 280 Park Avenue, at 49th Street

Midtown West: Zou Zou’s, a Mediterranean restaurant opened by chef Madeline Sperling in November, now has an attached cocktail bar, according to a representative. Chez Zou has cocktails like the Saffron Gibson (saffron-infused gin, vermouth, and pickles) and the Golden Colada (made with rum and golden raisins) on a menu helmed by Joey Smith, formerly of Nomad. 385 Ninth Avenue, Suite 85 on West 33rd Street, fourth floor

west village: According to a representative, a second location is from Ramen misoya, a sequel to the East Village original launched in 2011. Expect bowls of broth that take a regional look at miso, with versions like Kyoto-style white miso and Nagoya-style red miso. Customers descend a flight of stairs into the speakeasy-style restaurant helmed by Norimitsu “Nori” Nishida. 535 Hudson Street, off Charles Street