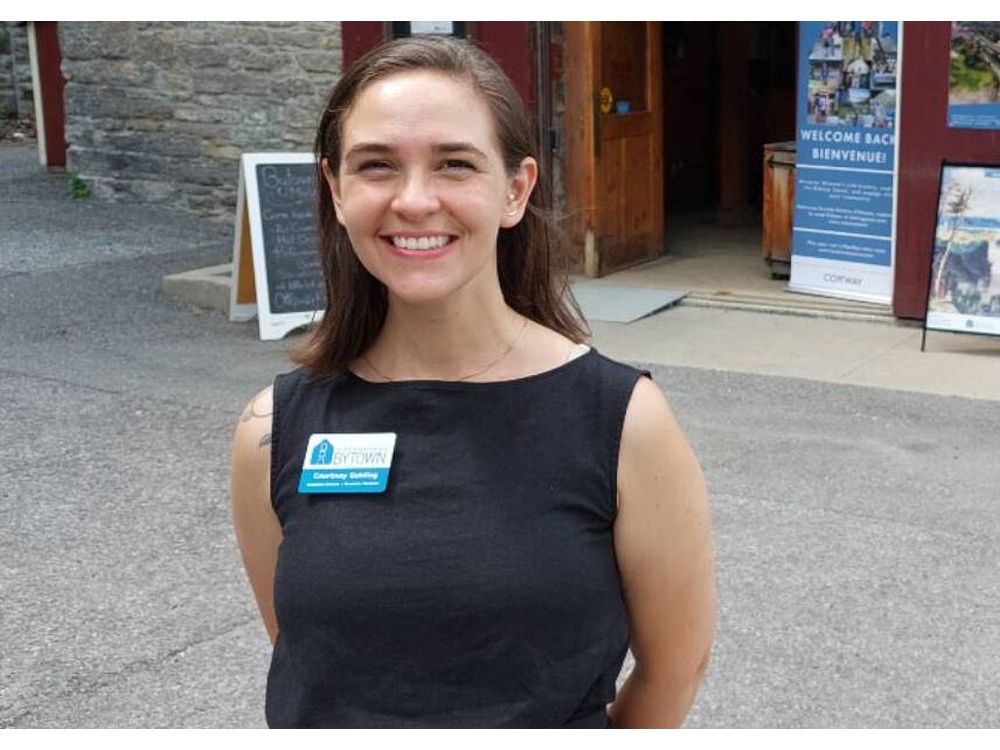 After more than two years, the Bytown Museum is finally opening its doors again

After being closed for over two years due to the COVID-19 pandemic, Ottawa’s Bytown Museum finally reopened last week, just days before the annual holiday celebrating its namesake.

Located next to the Rideau Canal locks next to Parliament Hill, the museum is named after Colonel John By, the British military engineer who oversaw the construction of the Rideau Canal and founded Bytown, which would eventually become the city of Ottawa. For his contributions, the August civic holiday — falling on August 1 this year — in Ottawa is known as Colonel By Day.

The museum switched to virtual content during its pandemic shutdown, but last week it once again welcomed visitors to browse the three floors of the Commissariat, Ottawa’s oldest existing stone building.

And Grant Vogl, the museum’s senior manager for collections and exhibitions, knew exactly what to do before opening the doors of the Bytown.

In March 2020, at the beginning of the pandemic, he printed a sign for the Museum window box informing passers-by of the temporary closure of the building.

On July 21, when the museum reopened for the first time in more than two years, it was immediately disposed of.

“The first thing I did was get the key, open the box, take the tag down and put it in the shredder,” Vogl said.

On the first day of in-person worship, tour guides were on hand to answer questions about artifacts and refute stories about the building’s colonial history — including how a lost barrel of silver coins resulted in workers on the Rideau Canal being given double rations of rum from the vault.

“It feels great to bring that piece of opening the doors and welcoming people back in,” said Courtney Gehling, executive director of the Bytown Museum. “We are a community at heart and we are here for the community.”

Gehling said staff adjusted online programming at several stages of the pandemic as the duration of the building closure became clearer.

The museums Zoom lecture series and roundtable discussions allowed staff to hear from groups like the Italian and Somali communities, women directors in museums and Algonquin leaders speaking about truth and reconciliation in museums, she said.

“[We were] Really engage with Ottawa’s diverse communities to say, ‘What do you need and how can we support you?’” Gehling said. “It was truly an incredible experience emerging out of the pandemic that may not have been there before.”

The museum employees have now transferred the online lessons to the museum’s face-to-face offerings, said Gehling. Part of that was adding QR codes alongside artifacts that pointed to short videos describing the specific object, Vogl said.

Vogl is the only current employee who worked for the museum before the pandemic began. He said as everyone prepared to reopen, they were retraining new summer workers and also retraining existing employees on the personal protocols and programming.

“Finally landing today is a pretty big deal for us,” said Vogl.

In April 2020 he said he had one installed temporary exhibition with paintings from the museum’s collection.

“It was planned for this summer and I thought, ‘Everyone says two weeks, that can’t be, but hopefully everything will be fine by summer and we can open again’, and of course everyone knows what happened,” Vogl said .

Vogl said the museum’s virtual tour covered the temporary galleries, but it’s exciting when visitors can see everything up close.

“To me, seeing an image of an artifact and standing in front of it are two completely different things,” Vogl said. “You can go on Google and look up a picture of almost anything, but if you stand in the oldest building you can see the stonework of the walls and the beams and you can actually see the artifacts in context.”

Returning to the museum is another learning opportunity for staff, said Nicholas Litardi, a summer guide and architectural history student at Carleton University.

“Working in the oldest building in Ottawa is both a pleasure and an honor seeing how the buildings have changed over the years from the timber frame to the solid stone walls in the vault,” said Litardi. “It’s a blessing for my studies.”

Museum staff said they want to challenge residents, newcomers and tourists’ characterization of Ottawa as a tired government city now and in the future.

“We have pretty wild roots,” Gehling said. “Bytown was known for being quite rowdy, so Bytown’s early days weren’t sleepy Ottawa by any means.”

Sign up to receive daily headlines from Ottawa Citizen, a division of Postmedia Network Inc.

A welcome email is on the way. If you don’t see it, please check your junk folder.

The next issue of Ottawa Citizen Headline News will be in your inbox shortly.

There was a problem signing in. Please try again