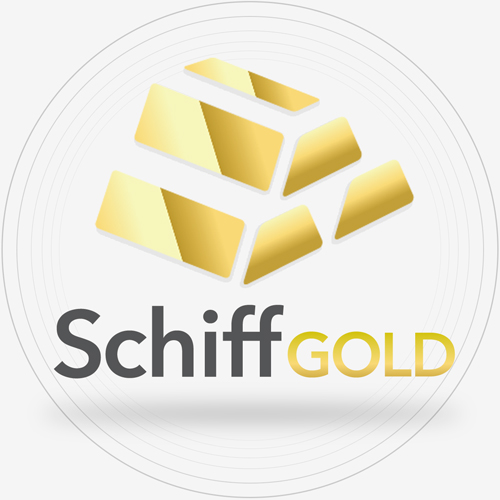 the previous one Commitment of Traders Analysis showed how much influence managed money has on the short-term price action of gold and silver. The table below summarizes this impact by comparing Managed Money Net Positioning to Other, the next largest category. Swap is not considered as it is usually opposite the other two. Basically, these two parties have been betting on precious metals in opposite directions this year, and the managed money (hedge fund) group completely dictates this market.

It’s possible that ‘others’ take profits when hedge funds step in, but they were early movers as gold had a very strong February. Below is a chart that focuses only on managed money. For the past year, this has been hot money that’s been in and out quickly. This is responsible for the long consolidation pattern observed since the end of 2020. Neither jump has been sustained as Managed Money quickly exits at signs of trouble.

The coming weeks will show if this rally finally buys managed money like it did in June 2019 or prepares for another quick exit. If this rally picks up steam, it could really get off the ground, similar to the 2019 rally where gold is up 20% in 4 months. The chart above also shows why recent price action has been so choppy. A steady direction has been established in Maned Money’s net positioning over the past several years. Over the last year, the net positions have been constantly fluctuating up and down.

The chart below further underscores this trend and shows the weekly change over the past two years. The purple bars stand out because of the erratic activity that constantly oscillates from long to short. It’s good to see three solid weeks of sustained buying in managed money lately. Data for the second half of this week won’t be available until next Friday, but is likely to show continued strength despite the price’s sharp fall on Thursday. The table below contains detailed positioning information. A few things to highlight:

Others are not used to being so tall and short. This could put them in a dangerous short squeeze if the market continues to consolidate and move higher. Looking at the full history of COTs data by month yields the chart below (values ​​are in dollars/nominal amounts, not contracts). The chart shows the last price increase in 2011, followed by the slow decline in 2015 until the new bull market started in 2016.

This chart also shows how large the “Other” category has grown on the long side. In 2011, Other Long had $8.6 billion in gross long position compared to $31.7 billion in the last period.

It should also be noted that total notional open interest is approaching $100 billion. February 2020 was the last (and only) time gold shot to $100 billion. If this market gets going, it could easily break that. Alternatively, traders could get nervous and abandon ship. The CFTC also provides options data. This has mostly been dominated by producers, but lately managed money has played a bigger role in the market. The current period shows that managed money longs rose to $3.7 billion in February from $2.4 billion in November.

Others have dipped their toe back into the options market. Others have not held a significant long option position since 2016. They now hold $1.25 billion. This is the highest since they held $1.6 billion in August 2011, when gold made new all-time highs for the first time before a 10-year consolidation ensued. Hopefully the current re-engagement isn’t a bad omen! Is it possible that Other is actually using short futures to hedge its long option contracts?

Options settlement took place last Wednesday, so it will be interesting to see next week if “Other” stayed in position and held longer dated contracts until expiry. The final chart below looks at notional net positioning versus price over a longer period of time. As previously mentioned, while the correlation of money under management is strong, it is not perfect. The long-term bull market continues despite volatile swings in managed money positioning. The chart below shows how often silver underperforms gold. Silver has only had two strong weeks of managed money gains compared to the three weeks seen in gold. This could also be due to the Russia-Ukraine conflict and silver does not always behave like a pure safe haven. The following table shows a number of snapshots. This data does NOT include any options or hedging positions. Important data points to note: Looking at the full history of COTs data by month yields the chart below. Although silver is a more volatile metal than gold, this chart comes as a surprise fewer more volatile than the similar gold chart above. Similar to gold, Other has fought its way back into the options market with $100 million worth of long contracts. Finally, looking at historical net positioning shows how positioning is correlated with price. Similar to gold, price peaks and troughs are reflected in open interest. Managed money tends to drive the price around, but the long-term bull markets in gold and silver remain amid this activity.

Smart investors should keep an eye on the long-term picture. The short-term swings can be immensely frustrating, but gold and silver are not Bitcoin. They are not get-rich-quick vehicles, as that would disqualify them as safe havens. Remember, what goes up fast can go down fast. Stay the course, trust the fundamentals, use CFTC analysis to explain the short-term price movements and understand the protection you offer physically precious metals.

Both PMs have seen solid price action over the past few weeks and broke the resistance. The best course of action would be a few weeks of rest and consolidation. Perhaps the next Fed meeting can be the event that pushes them back down to recent highs. Traders will certainly be watching and the CFTC will be reporting on their activity (with a 3 day delay!).

Data update: Every Friday at 15:30 from Tuesday

For interactive charts and graphs for gold and silver, visit the explore finance Dashboard: https://exploringfinance.shinyapps.io/goldsilver/

Get Peter Schiff’s top golden headlines delivered to your inbox each week – click here for a free subscription to his exclusive weekly email updates.

Call 1-888-GOLD-160 and speak to a precious metals specialist today!