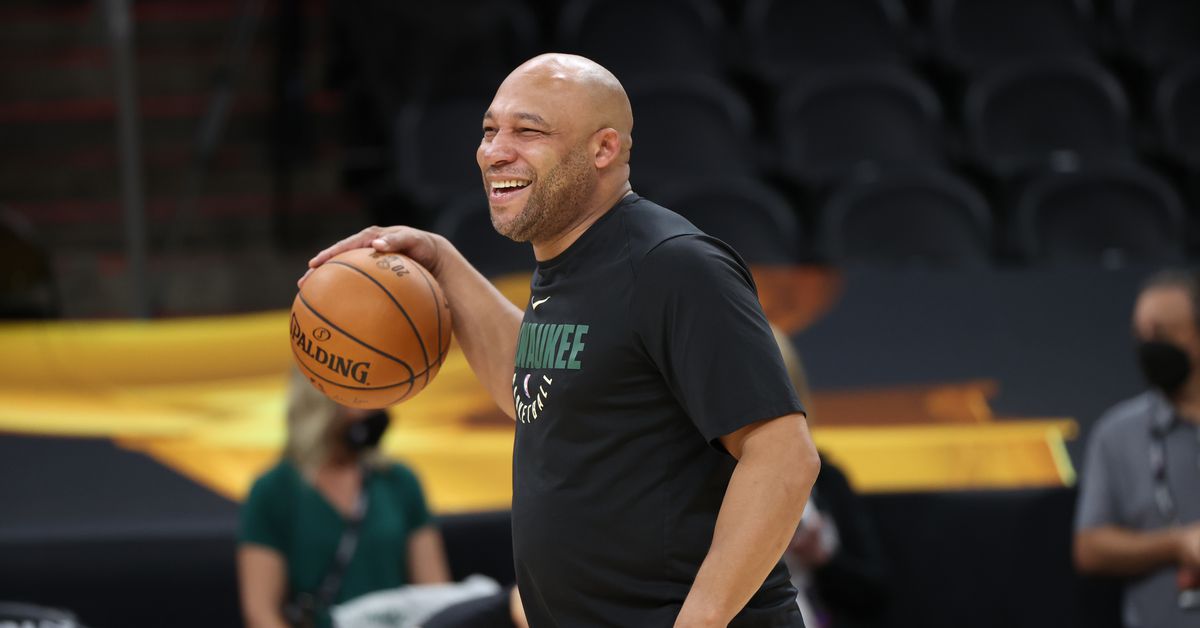 The Lakers are still in the early stages of their search for a new head coach, but it appears there are still some early leaders. When casting a wide, wide net, there are a number of candidates that have been considered, but according to Jovan Buha of the athletetwo coaches who have already been interviewed are the early favourites.

The Lakers have already been linked to over a dozen candidates for their head coaching job, but none of them have emerged as the clear front-runners. Ham and Terry Stotts are probably the closest to the current favorites.

Darvin Ham was the very first candidate the team contacted for an interview. The Bucks assistant has been one of the hottest names in the coaching market for several years. This off-season feels like the moment he finally transitions from assistant to lead as he’s also being considered a finalist for the Hornets’ opening.

Stotts was a little more surprised when the Lakers interviewed him. One of the few former head coaches on the market, Stotts made his name as the longtime head coach of the Portland Trail Blazers before their mutual departures from the franchise last summer. He has since taken a year off, opting not to serve as an assistant coach.

The biggest difference – or advantage, depending on your point of view – between Stotts and Ham is that the former is a former head coach, while the latter would be a freshman. While the Lakers will look to compete from day one, hiring a rookie coach is something they are “strongly considering” according to Buha.

Aside from Nick Nurse, Quin Snyder or another elite coach becoming available, it looks like the Lakers are heavily considering the benefits of a rookie head coach.

Given the talent pool available and basically the only coaches on the market with head coaching experience like Stotts, Mark Jackson or Kenny Atkinson, it would make sense for the Lakers to consider the idea of ​​a rookie coach.

Hiring a retread just because he previously had a job with a rookie trainer doesn’t guarantee success and may not even be the best option. Realistically, the amount of experience shouldn’t weigh too much into this quest. The Lakers should simply hire whatever coach they feel is the best candidate available, whether it’s a former head coach or a rookie.

At the moment, experience wasn’t a determining factor in who the Lakers are interviewing, as they’ve reached out to a number of assistant coaches and candidates who didn’t have head coaching experience. It’s an encouraging sign from the franchise, something that’s been a rarity in recent years.