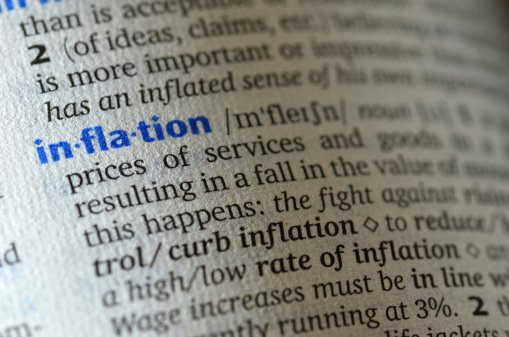 What do we do now? Just as we were hoping for some cooling off in inflation, the US CPI and inflation components of the Michigan Consumer Sentiment Index came out hotter than expected. This week the UK, New Zealand, Canada and Japan will all get their chance to see if they managed to control inflation in September. In addition, markets will closely monitor the situation in the UK, where PM Truss ousted their Chancellor of the Exchequer, Kwasi Kwarteng. She is also abandoning some of her mini-budget propositions to please the markets. But is that enough to keep her job? Also, earnings season kicks off in high gear this week with continued bank earnings and the start of big tech names including NFLX and TSLA!

Last week many were hoping for a decline in US CPI. The MoM number was +0.4% vs. +0.2% expected and +0.1% last. However, it wasn’t enough to push the CPI yoy above last month’s 8.3% reading. The headline value was 8.2% year-over-year. That is the good news. The bad news is that core CPI, which excludes food and energy, rose to 6.6% yoy in August from 6.3% yoy. This was the highest core reading in 40 years and suggests that most of the inflation came from sources outside of food and energy. Additionally, the inflation components of the Michigan Consumer Sentiment Index were higher than in August. Consumers’ one-year inflation expectations for October rose to 5.1% from 4.7% last time. In addition, consumer 5-year inflation expectations for October rose to 2.9% from 2.7% in September.

This week, the most-anticipated CPI read will come from the UK, where the August reading was 9.9%y/y, bringing it a tad back below double digits. The September reading is expected to be up 10% yoy, with the core reading rising to 6.4% yoy. This will be interesting reading for the Bank of England, which does not meet again until November 3rdapprox. The BOE has been buying gilts in the markets to keep the economy from collapsing. That ended on Friday. Recall that at the last meeting the BOE said it would start selling its assets. However, this has been pushed back to October 31St. With inflation close to 10%, the BOE has to raise interest rates. “By how much” is the question. Will the CPI read nudge the BOE to hike rates by 75 basis points even as it just ended a two-week bond-buying program?

Canada expects CPI to fall to 6.8% yoy from 7.0% yoy (could this lead to a BOC pivot?). New Zealand reports Q3 CPI expected to fall to 6.6% versus 7.3% last quarter, while Japan expects CPI to come in at 3.2% yoy versus 3.0% yoy. Japan has already dismissed its inflation figures as temporary and will remain on course for easing for the foreseeable future.

So why did the Bank of England buy bonds in the first place? Recall that just three weeks ago, new Prime Minister Truss and her new Treasury Secretary, Kwasi Kwarteng, announced a new tax cut and spending program. The goal was higher growth and economic stability. The results of the announcement were far from stable. GBP/USD sold off to an all-time low of 1.0357, while gilt yields on 30-year bonds rose as high as 5.12%. Enter the BOE. To save an imploding market and several pension funds, the BOE stepped in and bought gilts in the market and said it would continue to do so until October 14th. With the continued instability in the markets, UK Truss knew it had to do something. She had already given up the 45 percent tax cut for high earners. But without the support of the BOE, many believed the markets could not survive. The result: the dismissal of the Chancellor of the Exchequer, Kwasi Kwarteng, who helped Truss build up the mini-budget. Additionally, Truss said she will stick to Johnson’s original plan to raise the corporate tax rate from 19% to 25%. The turnaround in the tax plan has already cost Kwarteng his job. Many wonder if Truss can survive too. Why should people trust her? Does she still have credibility? Could there be another election on the horizon? These are questions traders will look for answers to throughout the week. Also keep an eye on the reopening of FX and bond markets after the weekend. Traders will quickly know if the BOE needs to re-enter the markets to bail out failing pension funds!

The reporting season is in full swing. As mentioned, banks started posting earnings last week. JPM and WFC are doing solid. This week the markets will see Bank of America and Goldman Sachs. Additionally, Big Tech begins reporting this week. These names include Netflix, Tesla, and IBM, among others. Other names reported this week are as follows:

As mentioned above, the inflation train continues with a week ahead with CPI data expected from UK, New Zealand, Canada and Japan. In addition, China will release a wealth of data on Tuesday, while Australia will release its September employment change on Thursday. Other key economic data to be released this week are as follows:

Silver (XAG/USD) has been trading in a downward sloping channel since August 2020. On July 5ththIn 2022, the precious metal broke below the lower trendline of the channel. Silver attempted to bounce back into the channel a few times but was only able to make it as far as the March 8th 38.2% Fibonacci retracement levelth Highs as of September 1stSt Lows, near 21.24. Since hitting that short-term high on October 4thth, Silver is down 7 of the last 8 trading days. On the first day it closed higher, it only closed 0.01 higher! If silver continues to move lower, first support is on September 1stSt lows of 17.54. Below that, horizontal support crosses dated June 15th , 2020 lows at 16.95, then April 2020 high at 15.85. However, if silver manages to move higher, initial resistance will come in at the October 5th lowsth on 02/20, then the highs of October 4thth at 21.24. Above, resistance crosses the 200-day moving average at 21.83.

More CPI data from the UK, New Zealand, Canada and Japan could shake up markets this week. And given the UK government’s instability, keep an eye on the BOE as it ended its asset purchase program on Friday. Could they re-enter? And earnings season starts in earnest this week. Will tech companies show they’ve weathered the storm of rising interest rates? Also, as always, keep an eye on the BOJ. USD/JPY is trading at 148.65 at press time, breaking its 1998 high. Intervention is always possible when the BOJ is at stake.

Have a nice weekend!

Gold and Silver Prices Today: Check prices in your city on October 15th