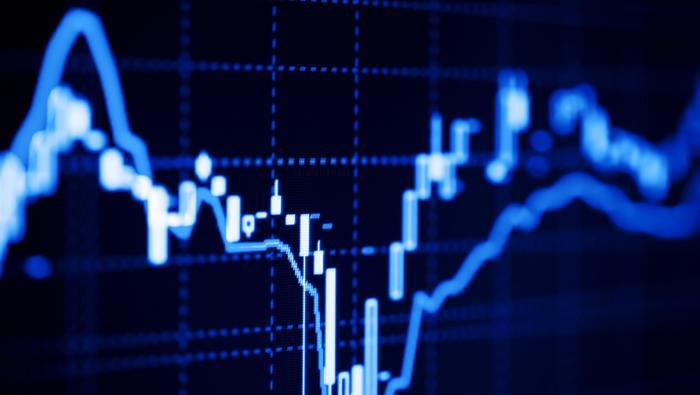 Gold prices in the eye of the PCE data, but the XAU / XAG ratio shows that silver …

Gold prices are a little firmer during the early Asia Pacific session after a strong rebound overnight. The strength is mainly due to a decline in longer-term government bond yields and a weaker US dollar. The 30-year government bond yield fell 15 basis points overnight. At the same time, the yield on 5-year Treasuries fell by 4 basis points. This represents a flattening of the yield curve, suggesting a softer stance on future growth over the long term.

The rise in precious metal prices is somewhat surprising given the risk appetite of the markets. Gold rallied along with US stocks, which detracts from the metal’s appeal. However, this risk appetite was the main reason for the weakness of the US dollar. A weaker greenback gives foreign investors the opportunity to buy gold at a discounted rate in their local currency.

Despite a flatter yield curve, breakeven rates – which measure the difference between nominal and inflation-adjusted returns – rose overnight. While the 5-year bond’s interest rate fell slightly, it was outperformed by a decline in the bond’s real yield – which masks inflation, hence the rise in breakeven rates. This benefited the attractiveness of gold as an inflation hedge, as the breakeven rates are a market-based measure of future inflation.

The yellow metal narrative could see a big shift tonight if updated US inflation data crosses the wires. The November Personal Consumption Price Index will be released at 1:30 p.m. GMT. Analysts expect core inflation to reach 4.5% in November. That would be an increase of 4.1% in October, a significant increase. For now, markets appear confident in the Federal Reserve’s ability to curb inflation after the central bank’s tightening turn last month, but a PCE above expectations could fuel a spike in breakeven rates. That could drive up precious metal prices.

Gold versus Silver – Analysis of the Gold / Silver Ratio

Silver may offer a better vehicle to benefit from potentially better than expected PCE pressures. Silver trades on similar fundamentals. However, the premium of gold versus silver has risen significantly this year. This is illustrated in the graph below, which shows the gold to silver ratio, also known as the mint ratio. After the ratio peaked in 2021 earlier in the month, the ratio is now moving down, which in relative terms indicates an increased appetite for silver. With that in mind, silver could be a better choice if inflation gets hot tonight.

Gold’s technical position has seen a sharp improvement this week, with prices rising above the psychological level of 1800 overnight as well as above the 50- and 200-day Simple Moving Averages (SMAs). An upward move is targeting an area that presented strong resistance from July to September around 1830. Should prices rise above this level, it would open the door for a test of the multi-month swing high of November 1877.15. Alternatively, a downward move would see the bulls trying to defend the 1800 level and the various SMAs that are just below that psychological level.

Silver shows bullish technical stance on bulls. A bullish engulfing candlestick pattern formed earlier this week. The 20-day SMA was broken on the metal’s overnight uptrend. The 50- and 100-day SMAs can serve as the next resistance level. The next test would likely be the falling 200-day SMA, which is just below the November swing high at 25.40. On the flip side, a downside reversal would bring the September low back into focus.

Disclaimer: MENAFN provides the information “as is” without any guarantee. We assume no responsibility or liability for the accuracy, content, images, videos, licenses, completeness, legality, or reliability of the information contained in this article. If you have any complaints or copyright issues related to this item, please contact the above provider.

Gold prices are watching PCE data, but the XAU / XAG ratio shows that silver is poised to outperform