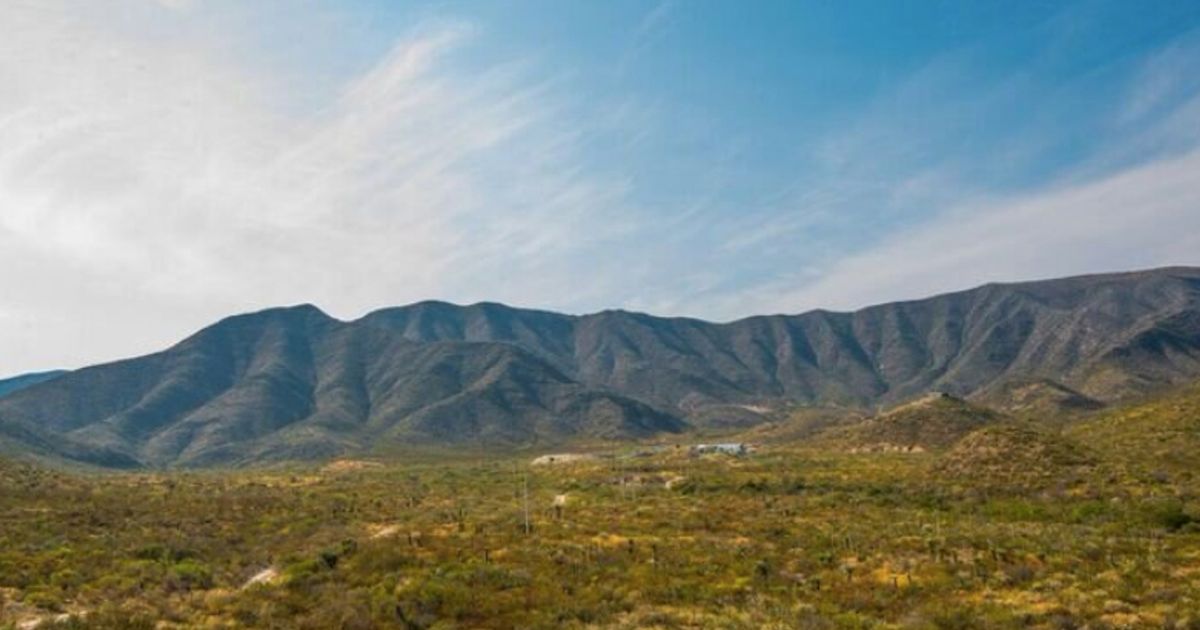 Golden Tag Resources Ltd is focused on the San Diego Project, which is one of the largest undeveloped silver deposits in Mexico

The Company holds a 100% interest in the San Diego Project in Durango subject to a 2% NSR (Net Smelter Royalty).

The Company holds a 100% interest, subject to a 2% NSR (Net Smelter Royalty), in the San Diego Project in Durango, which is one of the largest undeveloped silver deposits in the country and is located in the prolific Velardeña Mining District.

Exploration and mining in the Velardeña district dates back at least to the late 15th or early 16th century. The mines were first worked by the Spanish, with the high-grade ore being mined by hand and processed on a small scale by direct smelting.

The district of Velardeña is located on the easternmost border of the Sierra Madre Occidental, on the border between the sub-provinces of Sierra Madre Oriental and Mesa Central. These two terranes are underlain by Paleozoic and possibly Precambrian basement rocks. Most of Mexico’s high-grade silver mines are located in the Mesa Central near this contact.

Proactive asked Golden Tag’s management for more details about the company and its opportunities.

Can you briefly introduce us to Golden Tag and the team at the helm?

Golden Tag’s board members and management team are ideally placed to drive the asset and create value for shareholders. Together we have extensive experience in advancing a project from exploration to discovery to financing and finally production.

Greg McKenzie is a former senior investment banker with more than 20 years of experience in finance, mergers and acquisitions, financial advisory, valuation and strategic advice to mid-market companies. He has held positions at Morgan Stanley, CIBC World Markets and Haywood Securities and has been involved in over $18 billion in transactions. In addition to his capital markets experience, Mr. McKenzie previously practiced corporate law with a leading Canadian securities and M&A law firm.

With over 20 years of experience, Will Ansley has been involved in the development and construction of seven mines in the Americas, including six mines in Ontario; He was Director of Business Development at FNX Mining Company Inc., Vice President of Corporate Planning & Strategy at Lake Shore Gold Corp. and Chief Operating Officer of Mineral Streams Inc., where he helped orchestrate the successful sale to AuRico Metals Inc. in 2015.

Bruce Robbins is a geological consultant who has been involved in various stages of exploration and development of metal and industrial mineral projects owned by Imerys, Kennecott Exploration, Luzenac, Rio Tinto Minerals, Rio Tinto Exploration, US Borax and many others for over 30 years .

The flagship San Diego Project is one of Mexico’s largest undeveloped silver deposits in Mexico. Why has the property been overlooked so far?

For seven years, the project was essentially care and maintenance focused, a function of a very low silver price environment over a sustained period from 2013 to mid-2020. During this seven year period, it was very difficult for silver companies to secure funding for their projects advance.

Previously, Golden Tag made a significant discovery in 2012 when they drilled the Fernandez Zone, a bulk-tonnage zone identified over a vertical extent of approximately 700 meters. In 2013 a resource was published outlining the Fernandez Zone which hosts approximately 45 million silver equivalent ounces in the indicated category and 81 million silver equivalent ounces in the inferred category. Unfortunately the Company has used up its remaining cash balance and after the release of the initial resource statement (2013) no further field work was undertaken until we came on board and recapitalized the Company in 2020.

What attracted you to the property? What potential do you see there?

When we considered getting involved with the property, silver was still not in vogue, but we were convinced that silver would eventually pick up steam again. The sheer size of the current resource is astounding, the vertical extent of the zone as currently delineated is 30% greater than the CN Tower. With all that silver, and we believe there is much more to be found, and with silver prices rallying, there is incredible leverage for this property. Not to mention that it’s in a well-established mining camp that has been mining precious metals for over 100 years.

What is the company’s plan to move forward with the project in early 2022?

During the first half of 2021, we completed a 4,500 meter (m) drill program that was tremendously successful, including the discovery of a new epithermal zone that intersected 892 g/t silver equivalent (grams per tonne silver equivalent) over 10m. We expanded the Fernandez zone 40m closer to surface and drilled 104.64 g/t Ag.Eq over 50.2m and drilled 111 g/t Ag.Eq over 191.57m in the upper northwest face of Fernandez, representing a 34% grade improvement over the closest hole in this area of ​​the zone.

In addition, we discovered a brand new zone called Zone 1849 which returned 116.76 g/t Ag.Eq over 66.04m within a broader interval of 91.86 g/t Ag.Eq over 134.37m. The 1849 Zone currently has a vertical extent of over 500m and is open along strike and dip, a new broad zone of skarn mineralization with bulk tonnage potential located just 120m northwest of the Fernandez Zone.

We are in the process of drilling a follow-up 4,500m program and are targeting to complete work in the first quarter of 2022. Key targets include the new epithermal zone and testing of the east and west flanks within the upper portions of the existing Fernandez Zone, as well as some near-surface disseminated mineralization that may potentially overlie the current Fernandez Zone.

In 2022 we are looking to do some metallurgical testing at the Fernandez Zone as none have been done to date and likely drill an additional 5,000 to 8,000 metres.

The balance sheet looks strong for the new year with over $6 million in cash and no debt. Will this suffice for your exploration plans in the new year?

Golden Tag has a strong record and we will continue with this philosophy. Our current exploration program will cost only approximately $1.5 million, which could be repeated or expanded in 2022 depending on market conditions.

Silver price volatility remains high and we do not see any prolonged periods of silver price weakness given the industrial demand component as well as underlying investment demand driven by persistently negative real interest rates.

The best local shops for Valentine’s Day chocolate in DC

XAG/USD steady around $22.40 despite rising US T-Bond yields post-NFP