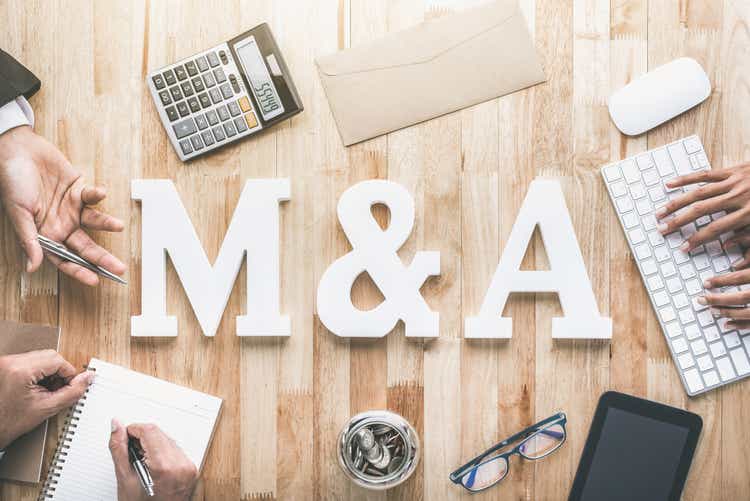 It’s been a rough year for Silver Miners Index (SIL) investors, and while it’s been a nightmare for Aurcana (NASDAQ:AURCANA) shareholders, there’s evidence that Alexco (AXU) shareholders haven’t fared much better by the stock’s 75% year-to-date decline. Fortunately, after Heclas (NYSE: ST) Announcement to take over the company. While it’s not the ending Alexco shareholders dreamed of, it seems like the best way forward rather than the current cash-burning streak. In Hecla’s case, the company certainly paid the right price to close the deal by offering to buy the company just above its 2015 bear-market lows.

The right deal at the right time

Hecla announced last week that it would acquire Alexco Resources, a junior silver producer that owns the Keno Hill Silver District in Canada’s Yukon Territories. The project benefits from existing infrastructure which includes a 400 tonne per day mill and storage facility and absent the significant issues experienced year to date the mine would have produced over 1.5 million ounces of silver this year. The Company has also discussed the potential for an eventual throughput rate of 550 tonnes per day, corresponding to a production profile of over 4.6 million ounces at a grade of approximately 800 grams per tonne silver.

While junior silver producers are a dime a dozen in most cases, Alexco stands out from the crowd. This is because its grades (~800 grams per tonne silver, ~1,050 grams per tonne silver equivalent) place it among the highest grade silver mines in the world, even exceeding those of SilverCrest’s (SILV) Las Chispas Mine in Sonora, Mexico. Despite its relatively modest size (400 tons per day), it is expected to operate on a by-product credit basis at less than $11.00/oz, making it one of the highest-margin silver operations in the world.

Equally important, it has significant resource potential, with significant growth in the Bermingham resource base in the inferred category at grades similar to its reserve base, indicating that current mine life underestimates Keno Hill’s true potential. In addition, the 88 square kilometer land package hosts multiple regional targets and previous exploration has focused on shallower targets. This indicates the potential for additional upside to its already large resource, with historical mining focused on small underground operations and open pit operations to recover selected crown pillars, followed by a cessation of mining from 1989 to 2010.

Unfortunately, while Alexco has done a great job of making discoveries on the property, it has done a terrible job of increasing the fortune. The last update came in June when the company realized that while the mill was performing well, it hadn’t produced nearly enough ore to fill the mill as the mine plan was already well behind schedule. As a result, the company decided to suspend milling operations until the end of the year to focus on underground development. This indicated additional stock dilution and a significant cash burn at the worst possible time given the risk-off environment due to overall market weakness.

Unsurprisingly, the stock fell sharply on the news, returning to 2016 levels when the sector emerged from a multi-year secular bear market. It’s also severely damaged management credibility, which can be a death knell for micro-cap companies, as CEO Clynton Nauman previously stated they would hit 400 metric tons per day in Q4 2021, which is another opportunity , and mid-tier silver producer Hecla has rushed to take over the company. This fits well as it runs another tight-veined underground mine (Lucky Friday) and the deal was struck at the right price.

The chart above shows that Alexco was down more than 85% from its highs when the deal was announced, falling back to 2015 levels. So even with the 23% premium on the 5-day VWAP that Hecla offered for Hecla, it’s a great deal for the company. This is a stark contrast to Kinross (KGC)’s recent decision to acquire a company with a trailing 3-year yield of 1200% at its all-time highs with no resource estimate and no processing facility for over $1.0 billion.

Obviously, a high-grade, multi-million ounce open pit discovery at Red Lake Camp and a small underground mine in the Yukon are vastly different. While I think Kinross has the right asset, it has paid off massively. In Hecla’s case, it might not have nearly as much asset value, but it did buy an operating mine with massive resources and infrastructure at rock-bottom prices. So I think Hecla was as good as it could be on this deal. It’s also nice to see more companies planning their acquisitions in the lower part of the cycle. This is a marked change from the previous cycle (2003-2011) when we saw large acquisitions near or just past the peak (which resulted in significant stock dilution).

Assuming the deal goes through, which requires the approval of 66.7% of Alexco shareholders, Hecla will become a producer of four assets, up from three assets currently, while maintaining its Tier 1 legal profile. Equally important, Keno Hill will maintain its industry-leading margin profile as Keno Hill should be able to operate at an overall cost of under $10.50/ounce after by-product credits. The result will be one mine with AISC margins in excess of 80% (Greens Creek), another with AISC margins in excess of 50% (Keno Hill) and a third silver mine with AISC margins in excess of 35% (Lucky Friday). These margin numbers are based on a conservative long-term silver price of $21.50/oz. Eventually it will have Casa Berardi, which is a more expensive mine but remains profitable even assuming a $1,700/oz gold price.

These margin numbers are based on a conservative long-term silver price of $21.50/oz.

As shown in the chart below, Hecla remains in a steep downtrend and after making a lower high over the last month it now has a new confirmed resistance level at $4.65. Meanwhile, the next support level doesn’t come until $3.15, which is 15% below the current level. When it comes to small-cap producers, I prefer a minimum risk/reward ratio of 5.0 to 1.0 to justify entering new positions, and Hecla’s current risk/reward ratio is 2 .0 to 1.0, with $1.00 in uptrend to support resistance and $0.50 in downside. This suggests that the stock is not yet in a low-risk buy zone, although its P/NAV multiple remains attractive at ~1.10x P/NAV after the Alexco deal.

Based on the 5.0/1.0 reward/risk ratio to justify entering new positions, Hecla’s low risk buy zone would fall below $3.40 with $0.25 potential downside support and 1, $25 of potential upside to resistance. However, we often see stocks remain in the penalty box after takeovers, and I prefer to buy at multi-year support levels in these cases. Because of this, I see the more attractive entry point for Hecla at $3.15 or below. Of course, there’s no guarantee the stock will fall to this level, but I prefer to be strict on my entry points, especially since the S&P 500 (SPY) is also in a cyclical bear market, making for a risk-off environment leads.

The Alexco deal is not without risk given its past challenges, and while Hecla’s takeover of Rio Tinto’s (RIO) stake in Greeks Creek (2008) was a home game, the Klondex deal (2017) wasn’t one of the best deals ever we had seen this cycle. Still, from a risk perspective, Hecla paid the right price for the Alexco/KHSD stream termination with less than 10% stock dilution and didn’t weigh itself down on debt by closing this deal in the lower part of the larger silver miner cycle. While the jury is still out on the deal’s success, I believe it was a calculated risk that could pay off massively, especially if Hecla can extend the life of the mine.

Following the acquisition, and assuming it is successful, Hecla will have strengthened its position as the leading name in silver for investors looking for diversification, low-risk jurisdictions and a margin profile that can weather bear markets in precious metals. This should allow the company to earn a premium multiple over its peers and pave the way back towards $6.00 per share over the long term. However, I prefer to buy at key support levels in cyclical bear markets and that area for Hecla is $3.15. While I think the stock is cheap, I currently see more compelling bets elsewhere.