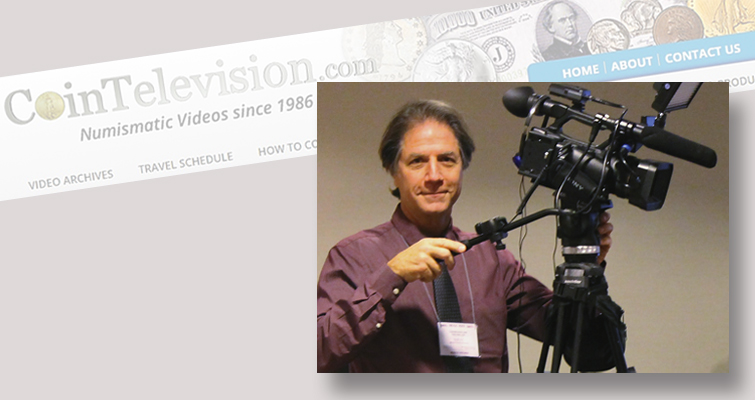 Noted numismatist and videographer David Lisot, 69 — who spent decades documenting thousands of specialty club meetings and numismatic presentations at coin fairs across the country — died unexpectedly on October 15 in Texas from complications from minor surgery.

In 1986, after spending a number of years dealing coins in California, Colorado and Texas, Mr. Lisot switched to videography. In 1999 he founded CoinTelevision.

Colorado numismatist Bill Rosenblum, with whom Mr. Lisot was scheduled to share an exchange table at a coin show in Denver over the weekend of October 8, said Mr. Lisot was unable to attend the show because he was hospitalized for kidney stones.

Mr. Lisot has been a member of at least 10 numismatic organizations, including the American Numismatic Association, the Central States Numismatic Society, the Professional Numismatists Guild, and the National Silver Dollar Roundtable, which honored him with the 2019 Lifetime Achievement Award.

Mr. Lisot held a seat on the NSDR board at the time of his death.

Rosenblum said he met Mr Lisot in Colorado in 1971. Rosenblum said Mr. Lisot bought and sold coins and paper money part-time while he was a student at the University of Colorado at Boulder.

Mr. Lisot then moved to Southern California. During the 1980s, Mr. Lisot conducted auctions with the Society of International Numismatist Conventions.

Mr. Lisot had a daily program on numismatics that was broadcast on the Financial News Network. He was also once an employee of Heritage Auctions.

Mr Lisot is survived by his companion Debbie Lovell; two siblings; two children; and a grandchild.