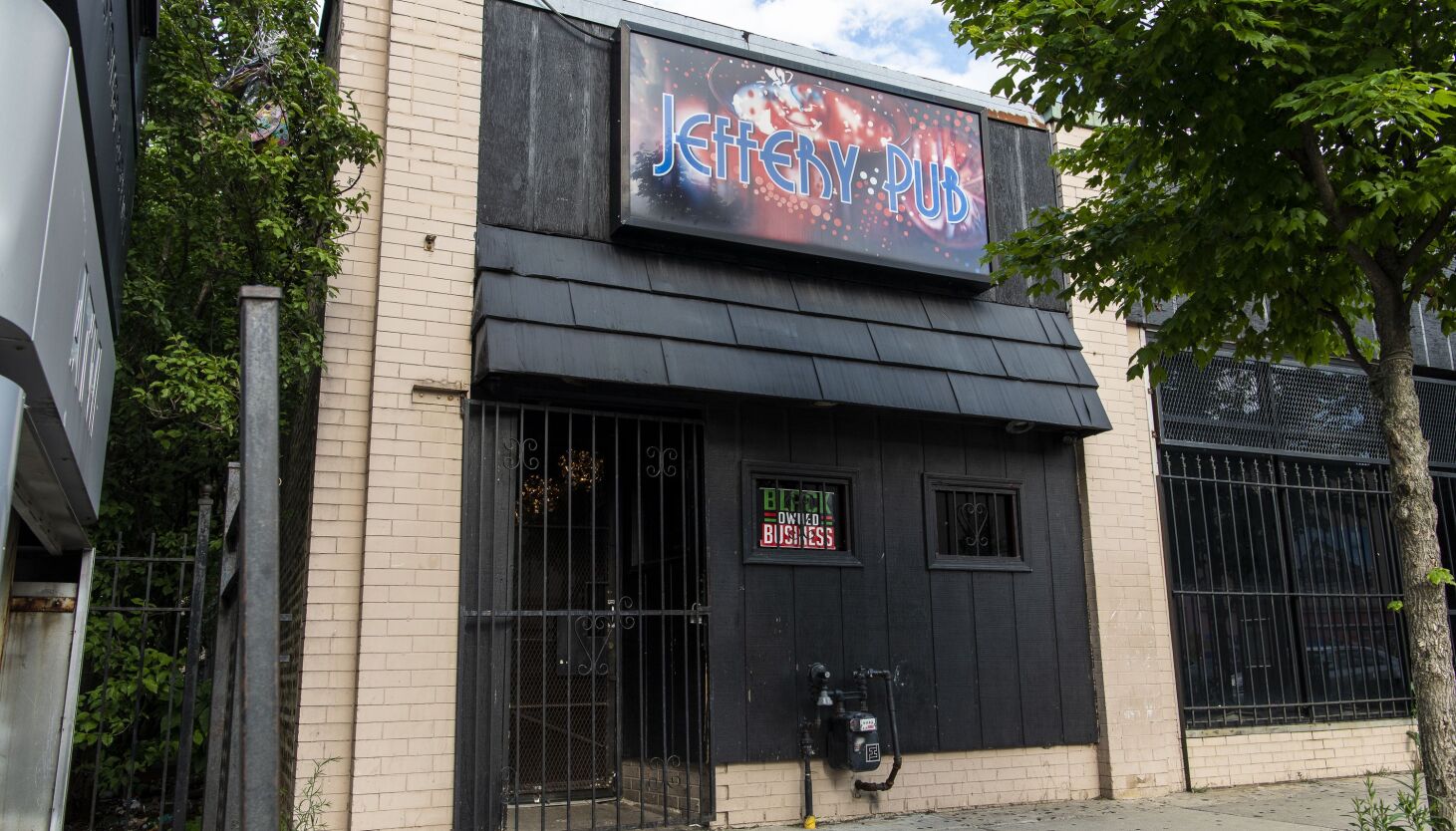 ‘Horrible’ hit-and-run accident that killed 3 and injured another appears to have been sparked by an argument at South Shore Bar, cops say

A “horrific” hit-and-run accident that killed three people and injured another over the weekend was apparently sparked by an argument that emanated from a South Shore bar, a senior Chicago police official said Monday.

The argument began at the Jeffery Pub at 7041 S. Jeffery Blvd. and led to an “ongoing altercation” outside when someone jumped into a car and sped down the street around 5am on Sunday, Police Chief Brendan Deenihan told reporters on Monday.

Graphic video of the accident shows several people arguing on the street when a silver car hurtles down the block, hitting four of them. According to a police report and private video from the scene, the force of the impact threw three of the victims into the air while bystanders screamed.

The report noted that a reckless murder investigation was launched, but police have not provided a motive and no one has been arrested. The car used in the attack was later recovered just four blocks from the scene, Deenihan said.

“Of course you can’t charge a car with a crime. We need to know who the driver was,” he said, while asking for the public’s help to find out who was behind the wheel.

Those killed were Devonta Vivetter, 27, of Chicago, Donald Huey, 25, of South Holland and a 23-year-old man whose name has not yet been released, according to police and the Cook County Coroner. They were all pronounced dead at the University of Chicago Medical Center.

A fourth person was taken to Stroger Hospital with cuts to his legs, police said.

The Jeffery Pub released a statement on Sunday, also urging anyone with information to come forward. “We always encourage everyone to leave immediately and get to your vehicles to get home safely,” the bar said. “And tonight that’s what happened.”

Deenihan said police are working with the establishment, one of the oldest black-owned gay bars in the country, although he acknowledged investigators “still have work to do”. He said the attack is not currently under investigation as a hate crime, but noted that “it appears to be intentional”.

“We have no evidence that anyone has attempted to harm these individuals based on their race, religion, etc.,” he said. “That may change once we have more witnesses and a suspect.”

Anyone with information should call Area 1 detectives at (312) 747-8380 or submit an anonymous tip to cpdtip.com.