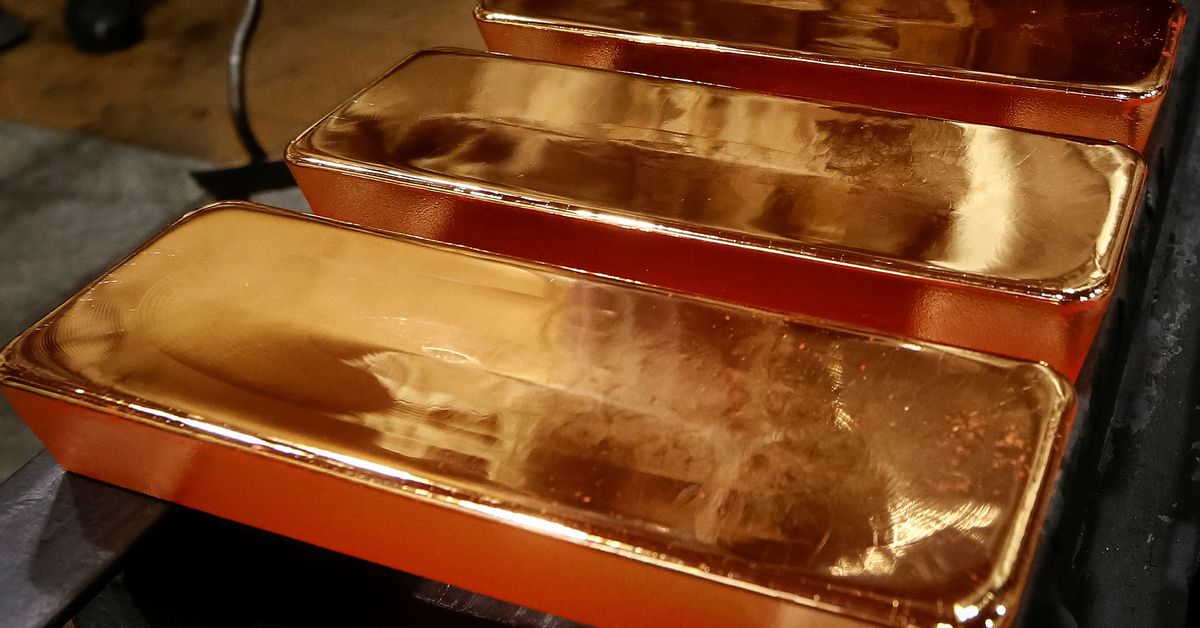 Employees process ingots of 99.99 percent pure gold at the Krastsvetmet non-ferrous metals plant, one of the world’s largest producers of the precious metals industry, in the Siberian city of Krasnoyarsk, Russia November 22, 2018. REUTERS/Ilya Naymushin

LONDON, March 7 (Reuters) – The London Bullion Market Association (LBMA) announced Monday that it has suspended the licenses of six Russian bullion refiners, meaning they can no longer sell gold and silver on the London market, the world market biggest.

The LBMA gave no reason for the suspension, but the association told Reuters last week it had asked refiners if they had trading ties with sanctioned Russian companies.

Since the Kremlin deployed troops to Ukraine on February 24, governments including those of the United States and the European Union have imposed sanctions on scores of Russian individuals, companies, banks and the Russian central bank. read more

According to consulting firm Metals Focus, Russia produces about 330 tons of gold annually, worth about $20 billion at current prices, about 9% of the world’s total.

Most of this metal is bought by Russian commercial banks, which send it to refiners before selling it abroad, or to Russia’s central bank, which said on February 27 it would resume buying gold in the local market.

Bankers and traders have said removing Russian refineries would have little impact on the market and Russian metal would still find buyers in places like China and the Middle East.

Gold and silver bars produced by the refiners while accredited remain valid for trading, under LBMA rules, which state that refiners “must comply with all relevant economic/trade sanctions lists.”

“These six refineries will no longer be accepted as Good Delivery by the London bullion market until further notice,” the LBMA said in a market statement.

Gold prices rebounded to their best result in 17 months after briefly surpassing $2,000 (NYSEARCA:GLD)