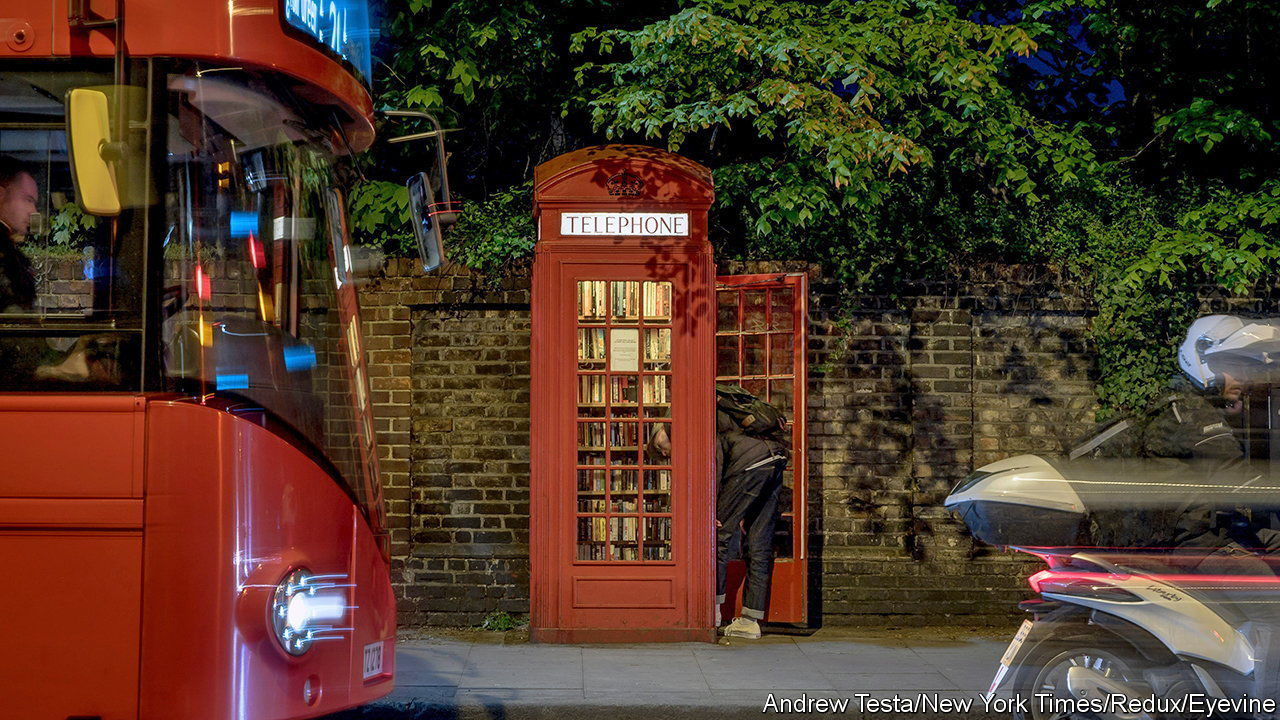 ÖNA NEWS On Sunday afternoon, Hampstead High Street was a very British sight: an orderly queue in front of a red telephone booth that had not been used for making calls for many years. Danny Baker, a pensioner who has become a barista, conjures flat whites on an espresso machine where the phone used to be. The novelty of the kiosk attracts passers-by, some of whom have become regulars.

Enjoy more audio and podcasts on iOS or Android.

Edward Ottewell, who owns the kiosk, appears to have found a way to keep it and others in the UK useful and profitable. He’s bought more than 100 and rents some out for a few thousand pounds a year. One block down the street from the one Mr. Baker rented is home to a cupcake machine. Another is the home of a QR Code that offers discounts for an e-bike share program. Mr. Ottewell also sells kiosks on Bidx1, an online platform. The one Mr. Baker is renting is on the market for £ 57,500 ($ 76,200).

Britain once had more than 60,000 red telephone boxes. The original Red Box model that K2, was designed by Sir Giles Gilbert Scott, the architect responsible for Battersea Power Station and Liverpool Cathedral. Most were K6s, a design that Scott updated to mark King George V’s Silver Jubilee. for BT, the former British telecommunications monopoly to which they belong, they are a drain on resources. It tries to relieve them since cell phones made them obsolete. Its official reseller offers uprooted K6s online – £ 1,750 for a fixer-upper; £ 2,900 for one coat.

But about 200 K2s and 3,200 K6s have a historical designation, often grade II, which means that they cannot be moved or significantly changed without permission. So since 2008 BT has also run an ‘Adopt a Kiosk’ program where charities and councils can buy a £ 1 box to turn into something useful, like a home for a defibrillator or a book swap library – and around BTMini-cafes and coffee shops are making a profit.

Mr. Ottewell bought his K2s and K6s at that knockdown price through a charity he co-founded. It seems to have sold it to a company he also co-founded, which rents it out and sells it on. One on Ashford High Street in Kent sold for £ 5,400 in March. Since then, he’s sold another 40 or so, including some at staggering prices. In November, a Hong Kong buyer paid £ 43,000 for one. Another, outside the British Museum, went for £ 32,000 to an artist who wants to use it as a gallery space. Most are listed, which means buyers also get the square meters of land the kiosk is on.

So much for the standard for the “Pension Act”, according to which the owner of a scarce resource makes a profit if this resource is used productively. But now BT threatens legal action. In May, Mr. Ottewell’s company and charity received a legal letter stating that they were “failing to meet their contractual obligations” and questioning the right of either of them to sell the kiosks. (Mr. Ottewell did not respond to requests for comment.)

Each case can turn on whether BT can prove that Mr. Ottewell always intended to use the boxes for a profit, not for charity, says Rob Bratby of Bratby Law, a telecommunications firm. The standard contract says BT can reclaim boxes from a buyer who loses charitable status but does not prohibit resale. So without a specific clause, it would probably be okay to buy boxes for charity and then change your mind, thinks Mr Bratby.

When BT if they succeeded in establishing a misrepresentation, they could possibly request the return of the kiosks Mr. Ottewell still owns, but not the ones he has already sold. That would mean that even less would be available for private buyers and – according to another iron law of the economy, that of supply and demand – even higher prices. ■

This article appeared in the United Kingdom section of the print version under the heading “Bigger inside”.