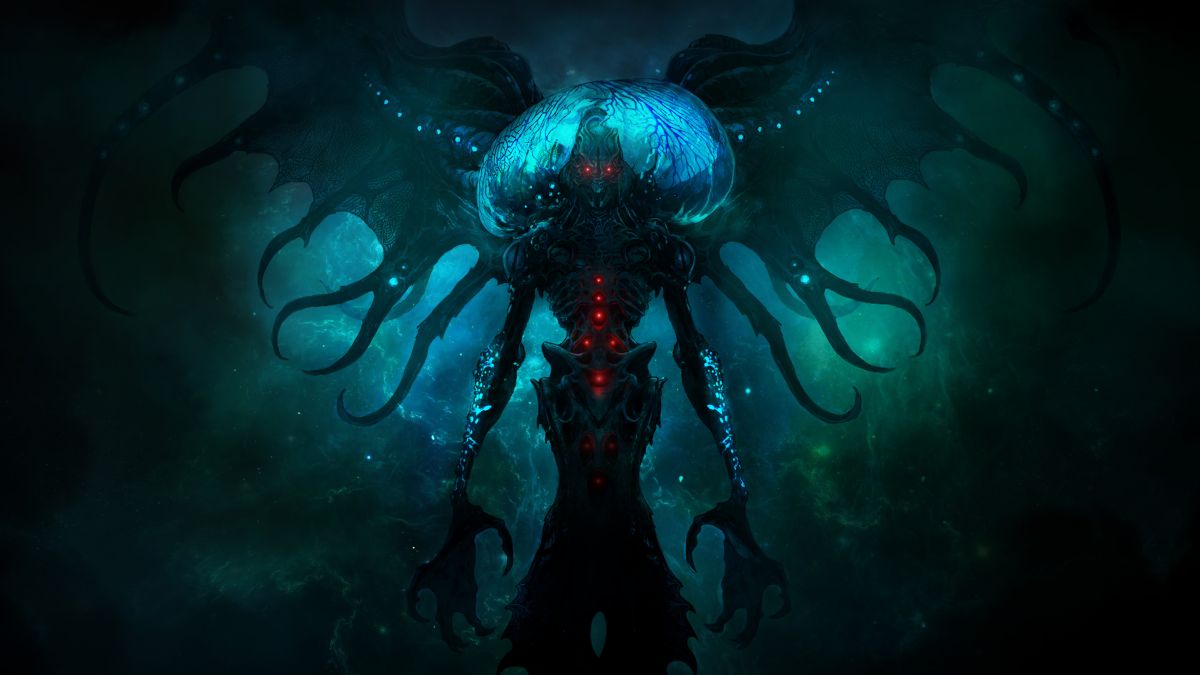 Like soccer, Path Of Exile is a game of two halves – its lengthy main story and its sprawling, nonlinear Atlas of Worlds endgame. I’d probably watch more football if the first half was about big-scale deicides and the latter was a dimension-leap chase for loot and glory, but I digress: the important thing is that the second half of Path Of Exile is for a shake-up is in order, and Grinding Gear Games aim to deliver with the Siege of the Atlas free expansion, out February 4th.

The Path of Exile Atlas of Worlds is a multidimensional nexus where anything can and will happen. In terms of gameplay, it’s a second campaign that’s less structured than the first, but throws all of the main game’s content (as well as a ton of new stuff) into the mix for near-endless replayability. It first launched in 2016 and has since seen three major expansions, each with its own story arc and a slew of new content. The Siege of Atlas is the fourth and one of the biggest mechanical changes.

One of the great things about Path Of Exile is its quarterly “challenge leagues”. Every three months, a new side story or gameplay modifier will be thrown into the mix to refresh the main story progression experience for new characters. While some of the oldest and least popular leagues have recently been retired, the vast majority are still playable through the Atlas. A key focus of this expansion is the ability to create your own endgame experience, picking and shuffling content from past leagues into the atlas as you progress.

While PoE’s main story has remained largely static since 2017 (balance adjustments aside), the Atlas has been a much livelier place, progressing through multiple story arcs, each introducing new extradimensional villains to bash and loot. Siege of the Atlas introduces two more, each bent on devouring all living things.

Fire-themed, The Searing Exarch plans to burn reality to a crisp, and Eater Of Worlds is an all-consuming Cthuloid species that rarely favors their universes. Each also has a similarly themed deputy that you must take out before you can think about challenging the big bad.

Rather than lurking in specific locations, each Atlas outing lets you choose which of the two new villains to pursue. Their influence will increase with each hunt, eventually leading to their respective boss battles. The Atlas had gotten a bit too complicated in previous expansions, with unlocking new areas fenced behind gathering wax stones and insert them into the atlas itself. Now progression is easier and freer, as each of the four current “top” bosses (the two new ones, plus the Maven and the Uber Elder) drop Voidstones, which you can use to level up all content in the Atlas, or disable if you want to take it easy.

If that sounds too easy for Path Of Exile – it is.

Every single map in the Atlas has a bonus objective, and completing it earns you a point to spend on a gigantic grid of Atlas modifiers. Instead of changing your character, it modifies the content encountered throughout the atlas. Liked the big battles of legion? Select upgrades that increase the likelihood of Legion content spawning somewhere in your Atlas, along with some perks to improve the quality of the loot you get from it. There is only a limited number of points and a huge number of potential unlocks, so by the end each player should have their own personalized endgame, with their favorite monsters and loot scattered in each environment type.

New content also means new loot and new ways to tinker with your existing items. Each of the new bosses has a chance to drop their own unique gear, and monsters in areas under their influence have a chance to drop new Eldritch currency items, which you use to imbue normal items with new perks of varying power be able. Items can each contain a benefit from the new Flame and Abyss themed pools associated with the new bosses, giving you an incentive to pursue both and opening up new min-maxing options.

And if it seems a bit odd that I went the whole time without talking about the new Challenge League, it’s because there isn’t much to talk about. The Archnemesis League has four petrified mini-bosses scattered throughout each area of ​​the game. They can be awakened and fought by modifying them with various perks and loot modifiers that drop from normal enemies. Each successive miniboss fought in an area will already have the previous one’s mods activated.

Fighting all four will give you the rewards of the first modifier four times, the second modifier three times, the third twice, and the fourth modifier once, potentially giving early players mounds of extra gear. You don’t even have to sacrifice additional inventory space for these monster modifiers. The Archnemesis League introduces a new league-specific inventory window especially for them. It’s a cute quality of life improvement.

Not even Path Of Exile can grow infinitely and with Siege of the Atlas Grinding Gear Games says goodbye to another older challenge league. This time it’s her prophecy Content so you no longer need to collect silver coins to exchange for tiny side quests. I don’t think many players will miss it, but we will say goodbye Navili and her creepy monkey friend.

Beyond that, nothing will be deleted. The previous story bosses in the Atlas are still accessible (albeit in an obscure way in some cases), and Grinding Gear Games even found time to up the difficulty a bit in Act 2 of the main story so you can shed those FOMO worries to bed.

With this expansion everything seems to be positive growth. While throwing a few minor nerfs on a couple of groundbreakingly powerful character builds, the developers have mostly focused on beefing up some weak archetypes.

The only concern I have with Siege of the Atlas is that players will have to progress through the main game to access most of the new content. When I spoke to Studio Head Chris Wilson, he admitted that for a completely new player who blindly jumps in and figures everything out, it takes dozens of game hours to complete the main story. Still, knowledge is power in Path Of Exile, and those who consult guides and recommended character builds will have it much easier. Even in the punishing solo self-found mode (disabling co-op, trade, and hide-and-seek), players often solve the story in a single afternoon.

The Path of Exile: Siege of the Atlas expansion will be available as a free update on February 4th. A new character is required to join the Archnemesis League, but the changes to the Atlas of Worlds are available to all.