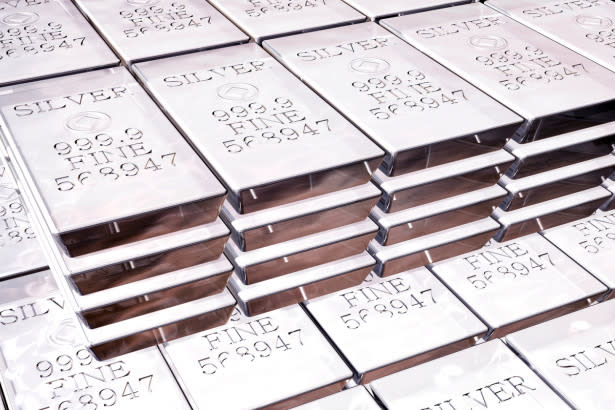 Silver declined again after rallying against the greenback on Thursday

The precious metal fell again against the greenback after its rally yesterday and could fall below the $ 23 mark if losses increase.

Silver has underperformed since the beginning of the week. The precious metal traded towards the $ 22 mark for most of the week. However, it rebounded higher yesterday, eventually breaking the $ 23 mark.

The rally was fueled by a weaker dollar, which also underperformed other major currencies this week. Although the XAG rallied against the greenback yesterday, it failed to maintain momentum.

The yield on US Treasuries has improved in the past few hours, causing the US dollar to recoup some of its losses. The excellent performance of US stock futures also led to a stronger greenback. With the US dollar regaining some of its lost position, XAG had to follow suit.

Silver looks like it will lose some of its gains in the hours ahead. If current market momentum is maintained, XAG could fall to the 22.9 point point, its first level of support. Another bearish move could cause silver to see further losses and bounce back to the $ 22.5 level in the coming hours.

Despite the current bearish momentum, XAG has enough buyer support to keep its position around the $ 22.5 mark. Buyers have been able to keep the price of silver above the $ 22 mark and would likely do so if the precious metal fell back to its previous position.

Man admits taking silver bars from the safe of an elderly man he was caring for – Floyd Cowan III #MtZion – Scoop: Nashville