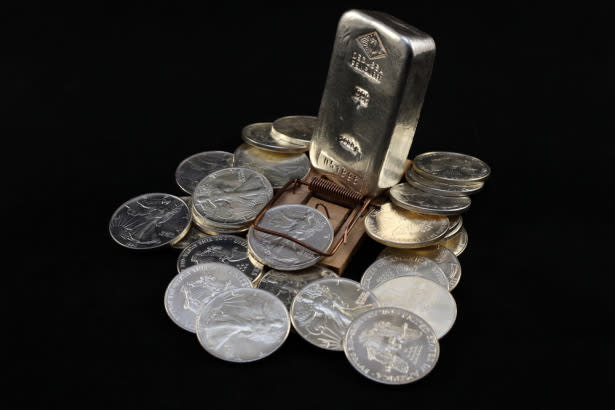 Silver prices fell despite a recovery in gold prices. The dollar rose as consumer credit surged to a record high. US Treasury yields continued to rally, with the 2-year mark testing recent highs.

US consumer credit rose in April after a record jump in March, driven by continued strength in American consumers. Borrowing rose $38.1 billion from March, according to the Federal Reserve, after posting a downwardly revised gain of $47.3 billion the previous month. Higher prices are not included in the loan figures. The median forecast called for an advance of $35 billion. The figures are not adjusted for inflation.

Medium-term momentum turns positive as the histogram with the MACD (Moving Average Convergence Divergence) prints positive. The MACD-Histogram trajectory is in the negative territory, which reflects a downtrend in the price action.