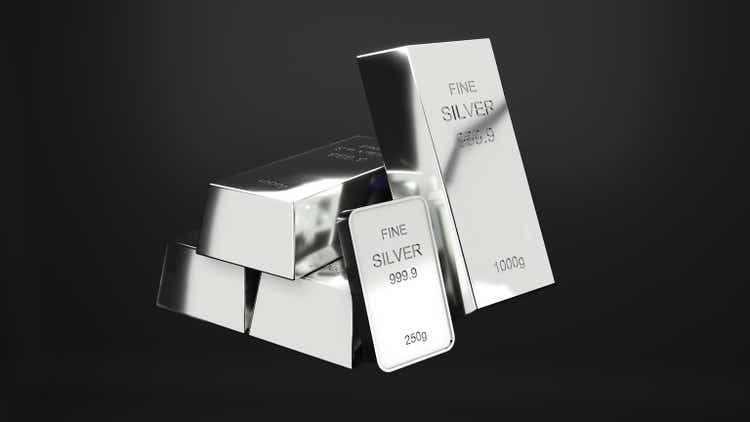 Silvercorp Metals (NYSE:SVM) has turned its focus to growth by doubling its Ying silver mining district in China. This has been accomplished through extensive exploration and infill drilling to increase the resource. Silvercorp has already started construction a new mill to nearly double current silver production. There are also opportunities for inorganic growth — the company has an impressive $216 million in cash to make an acquisition outside of China and reduce political risk. In addition, Silvercorp holds a 28.2% interest in New Pacific Metals (NEWP) that could deliver future shareholder value and optionality.

Silvercorp has eight producing silver mines in China and seven are located in the Ying Mining District. The Company has a track record of stable production with annual silver production of approximately 6.5 million ounces at low total costs. This high level of profitability is primarily due to the fact that the silver mines are high grade underground mines with many lead and zinc by-products. Since 2016, Silvercorp has produced over 82 million ounces. silver and 1.2 billion lbs. of lead and zinc. It seems like Silvercorp has its focus on growth.

Silvercorp operated the BYP mine until 2014, since then the mine has been in a care and maintenance phase. The BYP mine was formerly a lead-zinc mine but Silvercorp identified a new gold resource. The Company is awaiting permits to restart the mine, which requires an investment of approximately US$20 million for annual production of 30,000 to 40,000 ounces. of gold. Silvercorp should provide more information on future production and costs when it receives the permits. The BYP mine is not a major catalyst but is an additional 30-40,000 ounces. Gold is a beautiful sweetener. Another bonus is the acquisition of the Kuanping Project near the Ying Mining District. The project was acquired for just $13.5 million. Six silver/lead/zinc structures and one gold/silver structure have been identified. Silvercorp is expected to drill 12,000 meters in 2022. Kuanping district could deliver more ounces of production in the future.

Most of the growth will come from investments in the flagship Ying mining area. The Company has drilled 660,000 meters in 2020 and 2021. For investors unfamiliar with the mining industry, this amount of drilling is huge for a company with a market cap of just $421 million. In addition, Silvercorp is expected to drill an additional 300,000 meters in 2023. Drill intersections showed high-grade silver, gold and additional copper zones that may be mined in the future. The new resource and reserve estimate for the Ying Mining District is expected to be released in Q3. Based on the number of meters drilled, the resource and reserve could increase by a multiple. The Ying Mining District already has a future mine life of 15 years, which is quite long for silver mines. The new resource could make it a unique silver mining area.

With increased reserves and resources, Silvercorp can focus on increasing production. The company is already building a new mill to increase the combined production capacity to 5,000 tons per day. This would almost double production to 12-13 million oz. silver. Investors need to keep in mind that even after all of the spending, such as the 660,000 meter drill program and the acquisition of the Kuanping project, Silvercorp still has $216 million in cash on hand. So the company has already paid for much of its future organic growth. The remaining cash can be used for inorganic growth such as mergers and acquisitions (M&A).

Silvercorp can use the money to buy assets outside of China to reduce political risk. Silvercorp has already made a fairly successful investment in New Pacific Metals. New Pacific Metals owns three early stage silver projects in Bolivia. The Silversand Project is believed to be a world class open pit silver mine. The Carangas project’s current drilling campaign has also shown excellent drilling results. Silvercorp has a 28.2% stake valued at $127 million. Silvercorp could increase its stake in the company or buy one of its assets. However, I would not prefer this as both the Silversand and Carangas projects are primarily open pit silver mines. Silvercorp has no experience in open pit mining. Investing in mining stocks is already risky and I don’t want the company to take on the additional operational risk.

Silvercorp mentioned its ongoing M&A efforts in its recent company presentation. The company attempted to acquire Guyana Goldfields in 2020 but was outbid by Zijin Mining (OTCPK:ZIJMF). Silvercorp’s currently heavily undervalued share price clearly shows that the market does not like China’s political risk. Completion of the acquisition would create great shareholder value as it reduces dependence on the Chinese government. The currently weak silver market should only result in a small acquisition premium if you purchase an asset.

Silvercorp is led by founder and current CEO Rui Feng. They have an excellent track record of operating Chinese underground mines with incredible profit margins. For me, an important element of Silvercorp is that most of the management team has Chinese roots and a track record of more than 17 years. Mining companies need strong relationships with communities and governments, which is much easier for local management. The management team is also shareholder-friendly, as it pays a dividend and hasn’t had any equity dilution since 2010. One thing that worries me about the management team is that it’s very opaque. They haven’t communicated much about their massive, completed drill programs. In addition, they have communicated almost nothing about future growth plans, such as starting construction of a new mill. I would like more clarity from management.

The main risk for Silvercorp is the political risk of the Chinese government. The growing tensions between China and Taiwan increase this risk. The worst-case scenario would be if mining activities in China ceased. This is similar to when all Canadian and American mining companies left Russia after invading Ukraine. In that case, Silvercorp’s stock price would lose its equity value of $79 million, or fall 19%. This doesn’t seem like much as most of Silvercorp’s value is related to investments in New Pacific Metals and cash. And the cash position might even allow them to continue elsewhere.

Silvercorp offers great leverage on the price of silver. This may be an advantage for silver in a bull market, but is currently a major disadvantage. I don’t see many more downsides to silver at the current price. If investors disagree, Silvercorp may not be a compelling investment.

Silvercorp’s market cap is $421M, but it has $216M and its stake in New Pacific Metals is valued at $126M. So investors are only paying an equity value of $79 million for an annual production of 8 million ounces. silver and 111.5 million oz. of silver reserves in the ground. This valuation is very cheap and gets even cheaper when investors factor in future growth of nearly doubling silver production and expected resource growth. Additionally, the stake in New Pacific Metals could add significant upside to Silvercorp’s stock price. New Pacific is currently drilling at the flagship Silversand and Caranagas projects. An updated MRE (Mineral Resource Estimate) and PEA (Preliminary Economic Assessment) of the Silversand Project is expected to be released in 2022.

Silvercorp has doubled the growth of its Chinese mines, adding resource and nearly doubling future production. The current stock price doesn’t reflect that with an equity value of just $79 million. This leads me to believe that investors fear China’s political risk, so a potential takeover outside of China could unlock a lot of shareholder value. I think Silvercorp’s current valuation offers significant upside potential with only limited downside. Therefore, I recommend buying a small speculative position in Silvercorp Metals.

XAG/USD steady around $18.00 amid sour sentiment