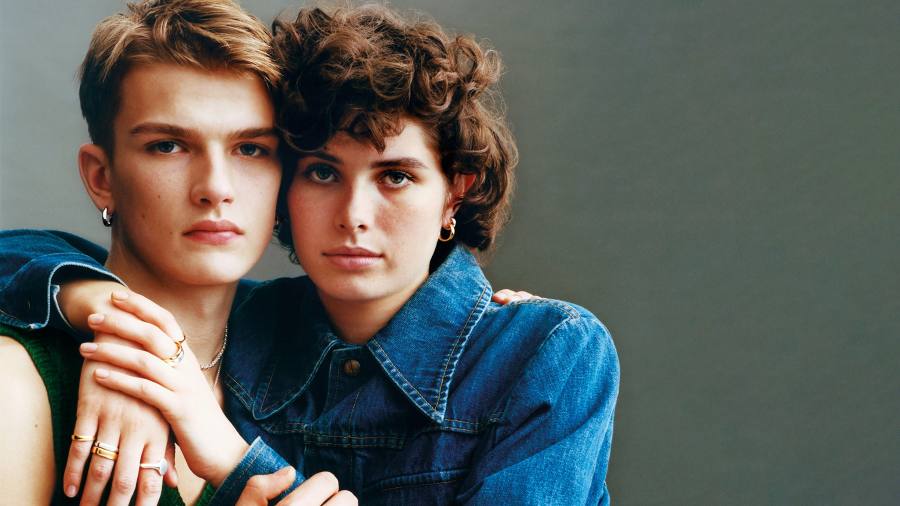 “To be honest, when it first came up I was a bit taken aback, and I think when most people hear about it for the first time, they’re taken aback too. You think will he put coins on chains? Will it be copper pennies that get beaten up?”

British jeweler Dominic Jones talks about his new role as creative director of the Royal Mint, the UK’s official mint manufacturer and the country’s oldest mint manufacturer. The first jewelery collection, along with a range of homewares, was launched in May at the Tower of London, where the Royal Mint first became a single institution in 886. The date gives the mint’s new mark its name and, spoiler alert, there are no coins on chains, no smashed copper pennies.

Buckinghamshire-born Jones, who rose to fame with his debut collection in 2009, is a five-time winner of the British Fashion Council’s New Gen Awards. His designs have been championed by the likes of Donatella Versace and Vogue editor Anna Wintour. He was previously at the creative helm of fine and semi-fine jewelery brands Astley Clarke and Links of London respectively. Jones describes the idea behind 886 as a “portable bullion”.

“It’s an old-fashioned concept in the culture to carry your gold fortune on your body,” he says. “But it’s something that’s become more important over the past decade. With the advent of demi-fine and vermeil in contemporary jewelry – things I’ve been involved with and a big part of in recent years – we kind of lost the notion of the authenticity of the value of the materials. It sometimes feels like there were intentional inaccuracies to confuse consumers into believing they are buying one thing when they are buying another.” Using the term “gold plated” as an example, he suggests that this implies that a piece is gold plated and not gold plated. “That’s why I liked the idea of ​​starting a jewelry brand where you know you get what you buy.”

There is no gold plating or hollow metal in this collection of satisfyingly solid pieces – hoops and studs, T-bar chains, ribbons, cuffs and cufflinks that are firmly aimed at the luxury market. Under the technical eye of Gordon Summers, Chief Engraver at the Royal Mint, Jones’ designs are crafted in 18k gold, 9k gold, sterling silver and Britannia silver. They come in a variety of widths and weights, each marked with the gram weight so the wearer always knows exactly how much of an asset they are carrying. An asset more useful than Apple Pay in a zombie apocalypse, Jones suggests.

Those first drawn to Jones for his quirky pieces inspired by thorns and fangs might be surprised by the clean-lined aesthetic of this unisex collection, but Jones wanted to solve a design problem he’d known for some time. “As a multi-award-winning jeweler who’s dressed Beyoncé and David Bowie and done really crazy things,” he says with a raised eyebrow, “the number one question I get from friends is always, ‘Where can I buy a really simple, beautiful piece of gold?’ Chain? Where can I buy very simple gold hoop earrings? Where can I buy a wedding ring that’s really stylish?” Annoying perhaps when you’re a creative with a reputation for always breaking new ground, but also, as he discovered, a welcome challenge. “I wanted to solve that problem and take a place in the marketplace where you come to us when you want to buy a pair of gold bangles to last forever.”

When Jones was told that the main requirement of the mint was that everything should be made in Britain, he knew that finding the highest quality was the only way forward. “You can’t compete against the mid-market when the other brands are able to produce with the cheapest manufacturers,” he says. “It could only be a luxury jewelry brand. So that defined the positioning.” A positioning befitting a traditional company of which Sir Isaac Newton was the leader and then master in the late 17th century.

Science has contributed to a seminal element of the collection. The Royal Mint claims it is the first luxury jewelry brand to use 100 percent recovered gold from e-waste. The mint has partnered with Canadian clean technology company Excir to extract pure gold from discarded laptops and cellphones. A chemical formula removes over 99 percent of the gold contained in used electronics, providing a fresh source of high-quality precious metal.

Most of the jewelery and housewares are made by retrained staff at the Royal Mint’s headquarters in Llantrisant, South Wales. They have adopted the ancient technique of hand beating with a hammer, once used in the manufacture of coins and medals. The result is denser metal than the more common contemporary casting method, which involves pouring liquefied metal into a mold.

“The metrics of success that the mint holds us to aren’t just financial,” says Jones. “They want me to reflect on how we are building British manufacturing, how we are developing upskilling and creating apprenticeship programmes, supporting the renewal of metalworking craftsmanship and how we can interact with other institutions and educational bodies.” The Royal Mint is committed to hire 10 apprentices annually, and continuing education programs will be announced in the last quarter of this year.

Central to the collection is the shape of the institutional bullion prized by imaginative bank robbers. Jones flipped the trapeze so its narrower top became its bottom, reshaped all the edges into curves, and lengthened it into a pole. He shows me the gold band he wears on one of his hands: “When you wear it, it’s this pretty dense, solid-looking piece, but it floats slightly over the finger. It looks like it’s floating.” The band might seem simple, but it took Jones 45 iterations before he felt he got it right. “It’s more complicated than anything I’ve designed in a while,” he says.

There’s romance here too, both highly technical and traditional. Technicality is evident in the use of optical caustic, a proprietary technique used by the Royal Mint as a security feature, available in this cufflink collection. A distinctive design, almost invisible to the eye, is embossed into the metal’s surface by striking and engraving. Under a certain angle of light, Jones says, it will “fire off a sort of Batman signal of the design.” As for tradition, in another interpretation of the idea of ​​hidden features, a cuff is engraved around the edge with lines of poetry praising silver and gold by Walter de la Mare and Thomas Hood, respectively.

“It’s a secret, a piece of design for the wearer. Other people can’t see it, but you can take it off and show them,” says Jones, who fell in love with jewelry as a child when his grandmother took off her own to distract him at the dinner table. “Jewellery should always have that element of being real pirate treasure.” What better place to seek – or create – bounty than The Royal Mint?