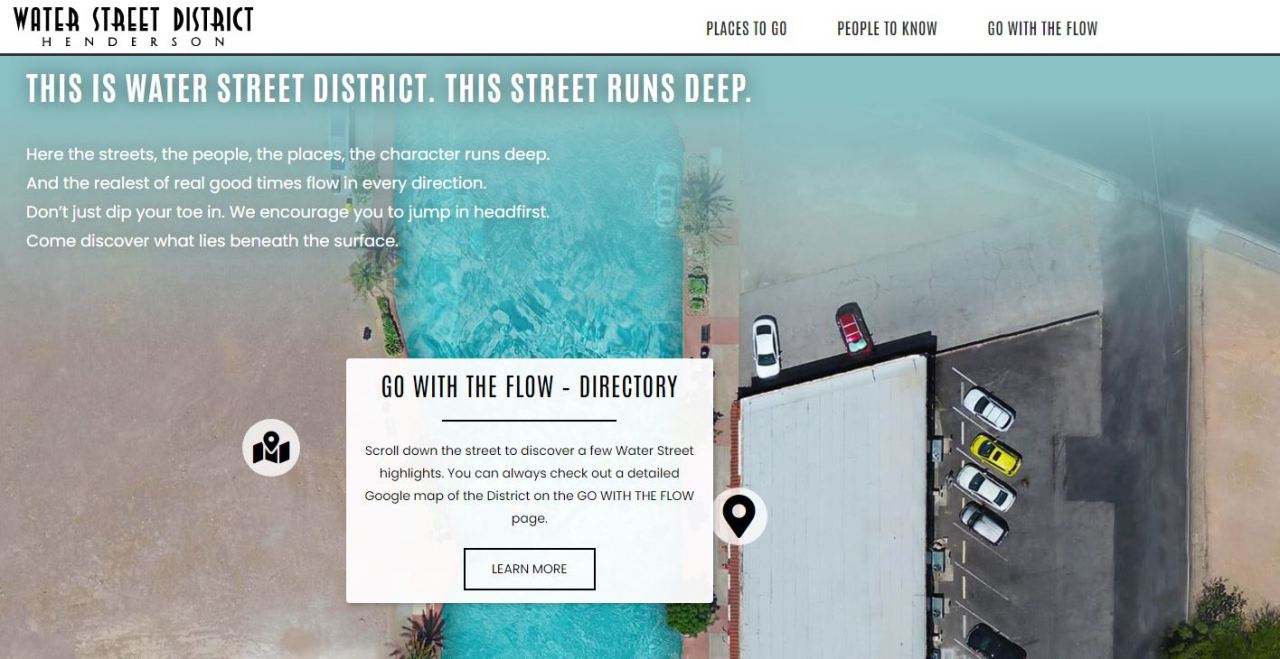 Henderson Mayor Debra March hosted a celebration of the redesigned Water Street District with a tour of the new Lifeguard Arena, home of the Henderson Silver Knights, bars, restaurants and new shops.

Mayor March spoke at The Public Works Coffee Bar to introduce the new brand and website.

Local entrepreneurs greeted the media, gave a tour of their business, handed out samples, and shared why they planted their dreams in Henderson. Henderson resident, business owner, developer, and architect Windom Kimsey shared why he made the decision to invest heavily in Water Street.

The new website includes a business directory and map that enables prospective customers and tourists to click on a business icon to view details about the business.

â€œProud small town feeling, big city spirit and a rich history where people feel at home. Here. The streets, the people, the places, the character is deep. And the really good times flow in all directions. “

Explore Water Street and visit www.waterstreetdistrict.com for more information on upcoming events and a list of shops that are open.

Goldco Review – Are They a Reputable Company?