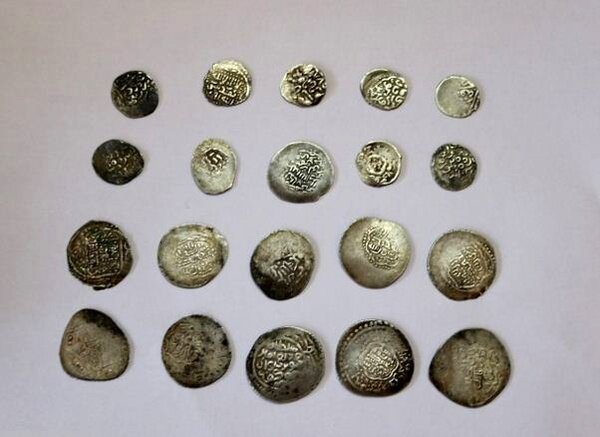 The coins made of silver date from the Timurid period (1370â€“1507) and were screened when the police were inspecting a suspect’s house for illegal possession and trading in antiques, ILNA quoted a local police commander on Sunday as saying.

The offender was located in Maneh-Samalqan County, North Khorasan Province, based on public reports, and turned over to the judiciary for further investigation, the official added.

The Timurid dynasty, itself referred to as the Gurkani, was a Sunni Muslim dynasty or clan of Turkish-Mongolian origin descended from the warlord Timur (also known as Tamerlane).

In the field of architecture, according to the Encyclopedia Britannica, the Timurids resorted to many Seljuk traditions and developed them further. Turquoise and blue tiles, forming intricate linear and geometric patterns, adorned the facades of the buildings. Sometimes the interior was decorated in a similar way, with painting and stucco reliefs adding to the effect.

Tepe Rivi is located in Maneh-Samalqan and has so far produced splendid remains from the Bronze Age to the Sassanid period.