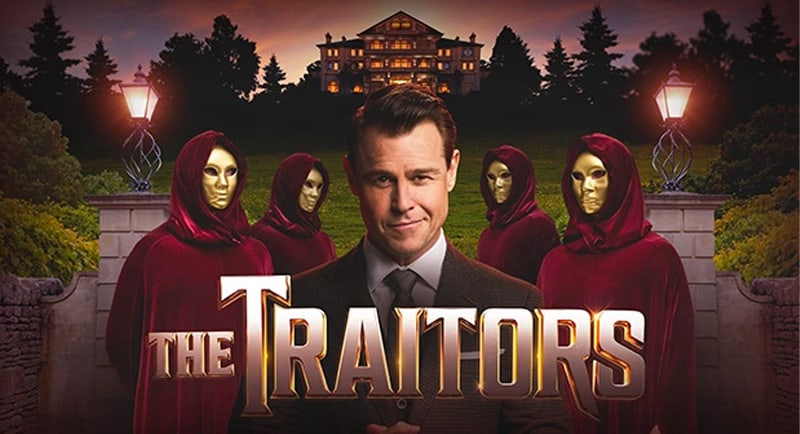 The Traitors have reached their finals which will see a showdown on Sunday at 7.30pm on Play 10 and 10.

Hosted by an Australian actor Rodger Corser, The finale will see the two remaining Faithfuls, craig and Lewis fight against two traitors Alex and Kate.

That comes after Teresa, who revealed herself to be faithful was sent home, leaving everyone shocked.

The Traitors sees a group of 24 players, also known as Faithful, living together in a grand ol’ hotel where they must use their wits as they complete challenges to win silver bars and contribute to a prize pool of silver worth up to $250,000.

However, there is a twist as some of the followers are actually traitors and their mission is to eliminate the followers one by one.

The traitors will work together, conspiring and plotting behind the followers’ backs, and each night they will sneak away and choose a follower from the game to kill.

That psychological adventure series has already been commissioned in several territories including the UK and the United States, with Network 10 promising to bring a uniquely Australian flavor to the franchise.

In September, Channel 10 offered Australians a first look at The Traitors.

Peter NeumanCEO of Endemol Shine Australia, said: “Australian families can expect an entertaining mix of suspicion, deceit and betrayal that will have them captivated on their screens from start to finish.”

The original format was created by Dutch producer IDTV, and although the executive producer had to watch the original series with subtitles on, Ciaran Flannery said that the team was immediately enthusiastic.

said Flanery: “When it came to us via Endemol Shine, it was really only made in the Netherlands. It was an absolutely massive hit over there – the numbers it had achieved were insane. It particularly appealed to those under 40, which of course interests us. Some of the share this show had in its first series approached about 50% share in under 40 year olds.

“We were sent the entire series and we just got hooked on the show even though it was in Dutch. It was just a really fascinating new perspective on competitive reality.”

See also: Lies, Treachery and Murder: The Traitors is where knives come out