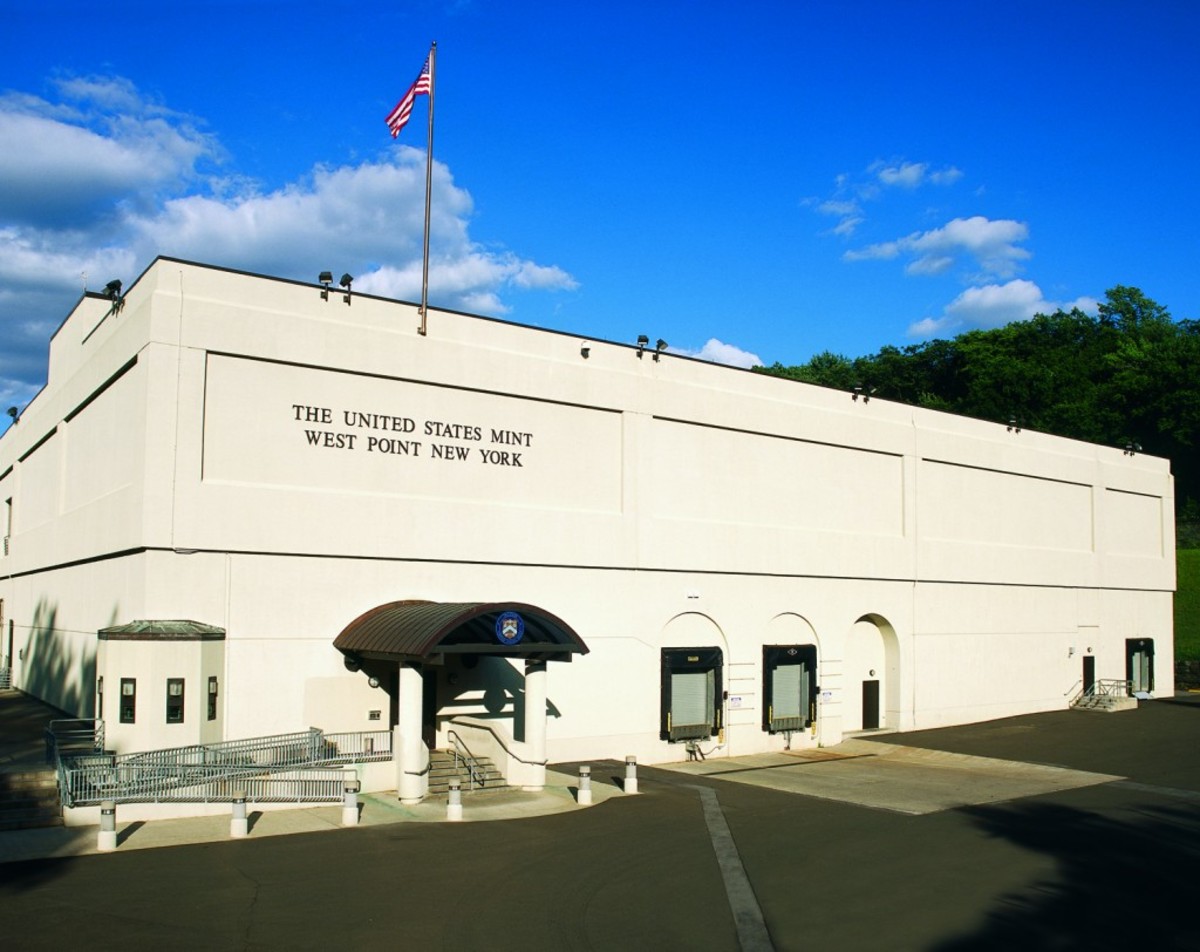 â–  Why was the name of the West Point mint changed from Depository to Mint?

The West Point gold bullion warehouse was built in 1937. It later became known as the “Fort Knox of Silver” because of the silver bars stored there. (It also stored a large amount of gold bars.) In 1983, the facility was honored to mint the first gold coins issued as legal tender for the United States since 1933, the Los Angeles Olympics commemorative coins valued at US $ 10. Dollar. In 1986 West Point minted American Eagle gold coins that did not have a mintmark. All of these activities resulted in the Depositary becoming the West Point Mint on March 31, 1988.

â–  When were the official Inaugural Medals for the President first issued and are they issued by the US Mint?

Presidential medals have been minted almost continuously throughout the history of our country, but the first official inaugural medal for the President was made in 1901. The medals were minted by various private mints, including the Franklin Mint, Hoffman Mint, Medallic Arts, Medalcraft and the US Mint.

â–  Why aren’t all of the President’s official inaugural medals minted by the US Mint?

The official inaugural medals for the President are made by the Official Inauguration Committee and are intended to be sold for a profit to fund the opening ceremony. For this reason, the medals are made under a contract with the President’s Inaugural Committee. The US mint last awarded this medal in 1949 on the occasion of the inauguration of President Harry Truman. All inaugural medals have been minted by private mints since 1953.

â–  Was there an official inaugural medal for President Donald J. Trump?

Medalcraft Mint was selected to award the Inaugural Medal for President Trump. Unfortunately, Trump was not satisfied with any of the proposed drafts that were put to him for approval for his inauguration in 2017. Medalcraft later issued an Ohio Republican Party sponsored Trump Inaugural Medal. Another inaugural Medalcraft medal was offered through the DonaldJTrump.com website.

â–  With all this confusion, how can I determine which medal should count as the official inaugural medal for President Trump?

An official Inaugural Medal must be approved and issued by the Presidential Inaugural Committee, not the United States Mint, a candidate committee, or any political organization. The medals celebrate a president and are therefore intended to be non-political.

Email inquiries only. Do not send letters by post. Send to [email protected] Due to lack of space, we cannot publish all questions.

Gold barely moves according to the latest US economic data releases