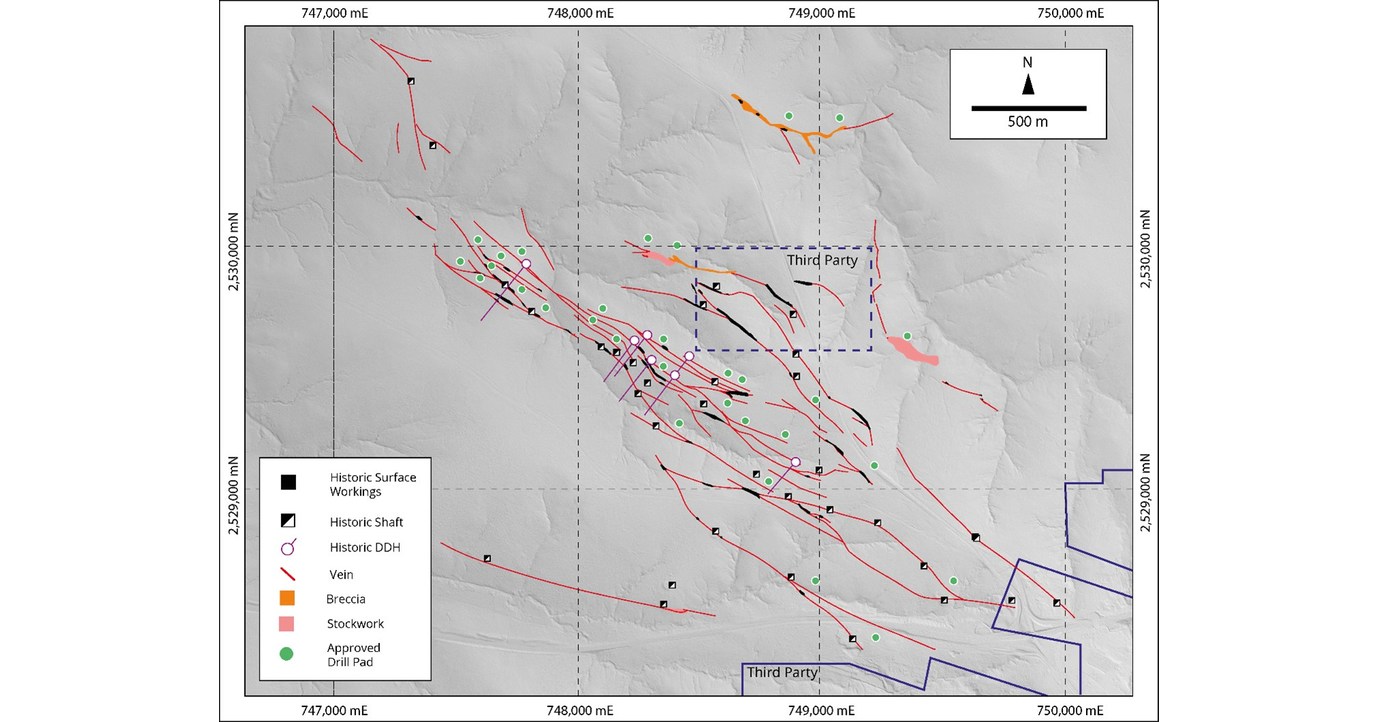 El Cristo is located in the central portion of the Zacatecas property. It is the north-west extension of the well-known Veta Grande Vein that has reported but not verified historical production of 200 Moz AgEq. The veins at El Cristo show similar characteristics as at Veta Grandehave a similar orientation and are part of the same sigmoidal dilatation zone.

DR Chris WilsonChief Operating Officer and Director of Zacatecas Silver, commented, “The permitting of 30 drill pads at El Cristo will allow the Company to test multiple veins within a dilatation zone nearly 4 km long and up to 4 km long 600m far. The permitted pads will allow testing of the shallow depth extensions of the veins, a strategy that has worked very well at Panuco North, where the Company is currently drilling. Of particular interest at El Cristo are those portions of the veins that show historical shafting and surface workings. Historical unconfirmed assay results from channel sampling show robust silver grades and the down dip extension of these zones are very attractive targets.”

Historically, the El Cristo vein system has only been tested with 8 angled diamond drill holes, despite containing multiple veins within a 4 km long and up to 4 km long dilatation zone 600m far. In addition, these drill holes targeted the vein at depths of less than 100 to 200 meters. There are over 20 known historic shallow workings and several areas of shallow historic workings.

The cumulative strike length of all veins at El Cristo is at least 12 kilometers. El Cristo is a highly prospective system with numerous high quality cross-streak, straddle and bend targets. Veins exhibit multiphasic and brecciated textures, indicating multiple mineralization events. Although the historical surface channel samples are unverified and unreliable, they show that many veins are strongly anomalous to silver at surface. Vein textures and mineralogy at El Cristo are consistent with the uppermost portions of an intermediate sulfidation system, indicating robust downhole potential.

In the name of the companyBryan SlusarchukChief Executive Officer and Director

Neither the TSX Venture Exchange nor its Regulation Services Provider (as such term is defined in the Exchange’s policies) accepts responsibility for the adequacy or accuracy of this press release.