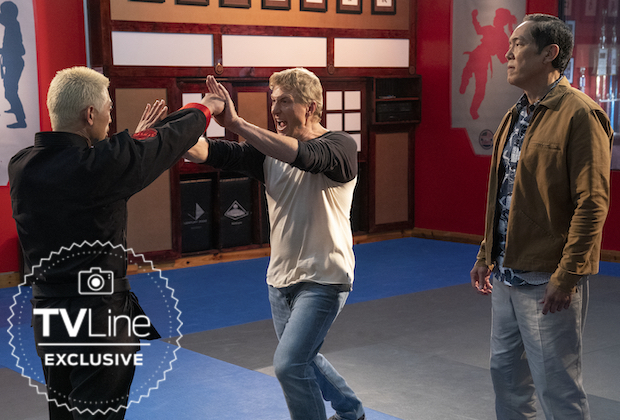 What’s more unsettling than an evil dojo turning innocent children into merciless fighting machines? How about a Cobra Kai location on every corner of the valley? (Sounds like Daniel LaRusso has his hands full!)

When Cobra Kai returns for Season 5 (all 10 episodes will be released Friday 9th September), Terry Silver, who seized control of the dojo after betraying John Kreese, is expanding his empire. With Kreese behind bars and Johnny putting karate (temporarily) aside, Daniel enlists the help of an old friend – former nemesis Chozen Toguchi (again played by Karate Kid Part IIby Yuji Okumoto). But unbeknownst to the good guys, Silver is calling in reinforcements himself, and his new sensei’s lineage plays “a prominent role in the early days of what Cobra Kai has become,” says co-creator and co-showrunner Josh Heald. (More on that below.)

Though Miyagi-Do has officially closed for good (or has it?), Daniel remains determined to stop Silver, and the stakes have never been higher. In Season 5, Daniel’s obsession will lead him further into the snake pit than ever before, jeopardizing his health and the well-being of his family. And while Johnny has other priorities as the season begins, he’s not out of this fight just yet. In the TVLine exclusive photo above, Johnny is back in action and ready to play with another new addition to Cobra Kai, Sensei Hyan-Woo (Kick it‘s Jake Huang) – and it’s a showdown not to be missed.

To get a taste of what’s to come for the Miyagi-Verse, TVLine spoke to co-creators and executive producers Jon Hurwitz, Hayden Schlossberg and Heald to discuss the new players, returning faces and big changes ahead find out because the dojos are coming on September 9th. Scroll down for five things you need to know Cobra Kai Season 5, then let us know what you think in the comments.