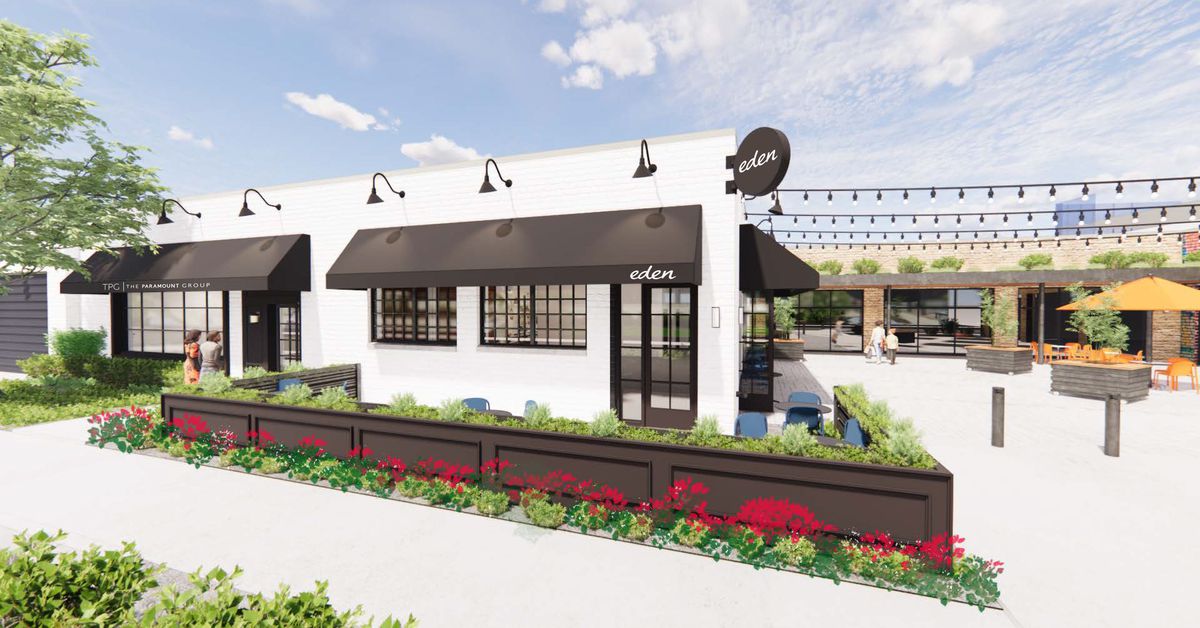 It’s been almost exactly two years since Illinois state officials suspended indoor dining, forcing the industry to take COVID seriously. The industry has fueled record unemployment, a spate of closures and various stages of consumer confidence as restaurateurs find a way to protect their employees and keep their businesses solvent.

Projects have been canceled and postponed. But the spring of 2022 has seen a shift from pandemic to endemic as governments lifted mask and vaccine mandates. That gives hope for a return to normal with new and exciting restaurant openings for customers to explore.

Read below to find Eater Chicago’s most anticipated restaurant opening for spring.

At Alpana Singh, the master sommelier and former host of Please check!, planning her fourth restaurant (Boarding House, Seven Lions – Terra & Vine stays in Evanston), she made a list of everything she wanted. When she was done, she found the list was “Me on a page.” Alpana – a Hindi name meaning ‘decorative’ (Singh states that her mother named her after a singer) – takes over the former LYFE Kitchen space in River North as a reflection of its owner and namesake. The menu, developed in collaboration with Executive Chef Juan Chavez, includes appetizers, pastas and entrees such as fried chicken with aji verde and pan-fried sea bass with a bouillabaisse reduction. The food, of course, is designed to be banging on with wine. In the wine cellar itself, producers will be represented who are particularly committed to climate change. The decor, says Singh, will be filled with jungle prints and golden light, “like the Garden of Eden if Eve never had to leave”. The interiors will feature framed pictures of women she admires and Keanu Reeves, whom she jokingly calls “the male patron saint of restaurants.” The restaurant is scheduled to open on March 21.

This project continues to tease Southsiders looking for a cozy place to sip wine (there simply aren’t any wine bars in the area, despite Wild Blossom Meadery & Winery being on a forest reserve). Bronzeville Winery, by a crew that includes Silver Room’s Eric Williams, promises to bring something more sophisticated to Bronzeville. There have been no major announcements in recent weeks, other than All-Star Sommelier Derrick Westbrook has joined to oversee the wine program.

Danny Grant (Maple & Ash) says he’s looking forward to opening all-day cafes across the country with wood-fired ovens pumping out bread, breakfast sandwiches and meals cooked to coquettes. This European-style cafe will have an outdoor patio with an interior design that makes it feel cozy as if it’s been around for years, Grant says. Look for an opening in the first week of April. Another location could open in Texas six months later, Grant said.

Operated by Paramount Group, this restaurant and venue is located on the Chicago River in Avondale, an extended move of the West Loop restaurant. There’s plenty to look forward to, including a greenhouse used to grow ingredients for meals, a special brew for the restaurant made by Great Central Brewing, and a 3,800-square-foot space with two private dining rooms. There’s also an outdoor patio for 30 people in a 25,000-square-foot complex that houses the new Paramount Group headquarters.

James Beard Award winner Mindy Segal and her team are on the home stretch to open their new bakery. They’ve shut down operations at their longtime HotChocolate location on Damen Avenue while preparing for a major move around the corner to the former Red Hen Bakery. Mindy’s Bakery will stock all the bagels, cookies, babka and sweet treats that customers have been enjoying during the pandemic. Segal tells Eater Chicago that it’s gearing up for an opening in early to mid-April.

Nisos will occupy prime property along Randolph Restaurant Row in the former Bad Hunter area. Nisos also marks a change in the philosophy of Parker Hospitality, which is moving away from the beachy, “rosé all day” vibe of its flagship chain Hampton Social. CEO Brad Parker first met Chef Avgeria Stapaki at Principote Mykonos, a beach club on the Greek island of Mykonos, where he was impressed by her ability to produce 2,400 lids in a five-hour shift without sacrificing quality. Nisos will have the same high volume – the two-storey room can accommodate 300 people. Nisos is scheduled to open at the end of May.

Brothers Oliver and Nicholas Poilevey inherited a beautiful River North property when they took over the former Entente. They have been running one of the best French bistros in town, Le Bouchon, for years. They plan to go a little beyond tradition with Obelix and serve French food from the perspective of a Chicago-raised chef. Customers will still find sticky French onion soup and other staples, but expect a renewed energy at Obelix. It looks like an April opening.

For all the success of its West Loop outdoor beverage giant Recess, Atomic wants its customers to know they know food. Tabu is a 160-seat Pan-Latin restaurant with a menu by Saúl Román (Zocalo, Artango Steakhouse). There’s a focus on the late-night crowd with tacos and a wide selection of agave spirits. Ownership says his tacos will be like works of art. The owners of the Untitled Supper Club and Morgan MFG are also planning to open a rooftop bar later this summer. The main restaurant will open with a May target before.

Originally announced in 2017, this Tex-Mex West Loop project has been a long wait. Now, after many delays, the owners of the much-maligned Parlor Pizza Bar plan to open the Texan Taco Bar later this spring. There’s fries and salsa on the tables, grilled meats, country music on the sound system, and lots and lots of longhorns on the walls. There are also a rooftop bar. Ownership has kept a low profile on details and didn’t want to dredge up any negative publicity surrounding Parlor, as all three locations were closed after raids by Internal Revenue Service agents last fall. A few weeks later, in a lengthy exposure, Block Club Chicago alleged racist and sexist behavior toward customers and workers and a disregard for COVID-19 protocols. Co-owner Mike Bisbee declined to comment.