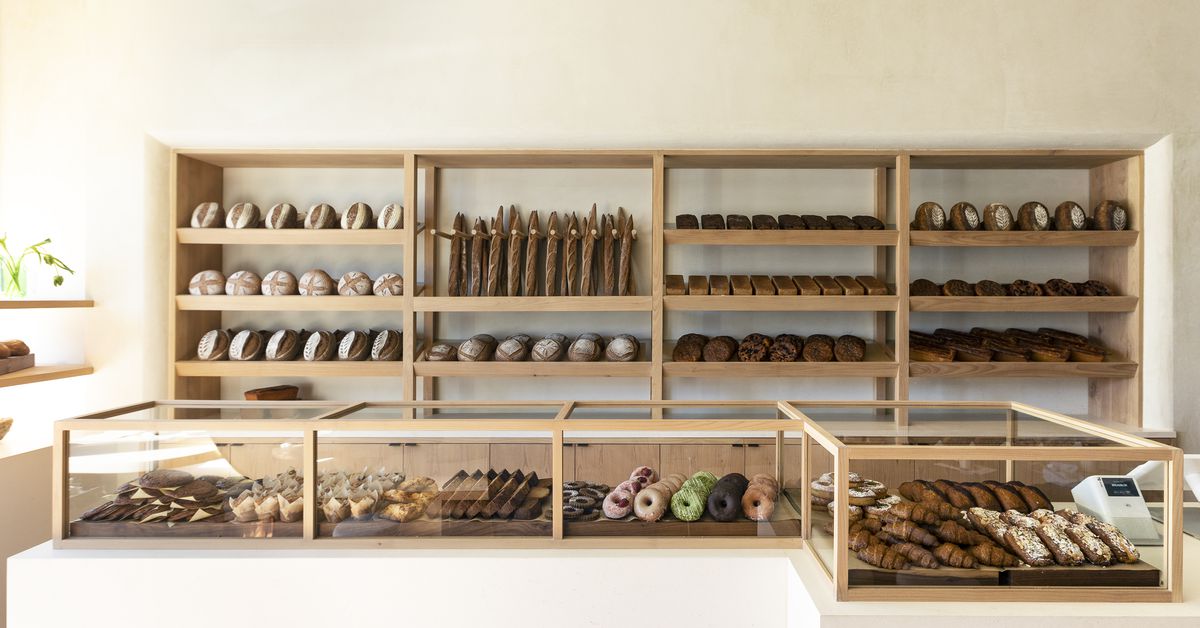 The corner of Griffith Park Boulevard and Edgecliff in Silver Lake is getting busier. Breadblok, Santa Monica’s gluten-free bakery and coffee shop, will be steps away from Pine & Crane and Coffee Memes this December and will open two additional locations in Venice and Beverly Hills in the coming months.

Breadblok opened in February 2020 and managed to thrive amid the pandemic. The owner sisters Chloé and Celine Charlier started the Westside business thanks to the three generations of their French family’s devotion to gluten-free baking. Breadblok’s predominantly organic breads and baked goods are free from gum, soy and refined sugar with products such as bread, croissants, cakes, donuts, scones, quiche and sandwiches.

When Breadblok Silver Lake is open, it will stay in the former Enrique Auto Parts area at 1529 Griffith Park Boulevard from 7am to 7pm.

The Greyhound Glendale celebrates its two year anniversary this Friday. Come by 4:00 p.m. until shortly on site to grab some free wings – the house specialty – both vegan and chicken.

To celebrate Filipino History Month, Genever will park a vintage jeepney this Saturday from 3:30 p.m. to 5:30 p.m. – an ubiquitous public transport presence in the Philippines – along with a happy hour that’s also a fundraiser. Full details can be found on Genever’s Instagram page.

SoCal-based The Pie Hole today launched an accelerator program designed to help underserved and marginalized bakery entrepreneurs kick off their 10th anniversary today. The program will provide entrepreneurs with infrastructure and resources to help them develop their own brands and products, along with in-house retail, marketing and promotion support from The Pie Hole.

Fairfax’s Yojimbo announced later hours with a new nightly menu starting this Saturday. In addition to Japanese beers, sake and a drinks snack menu from 5:00 p.m. until the end, there will be a DJ and record sales from the We Share Records shop.