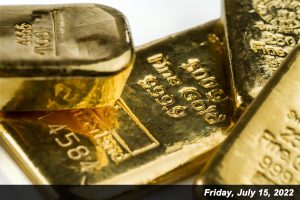 Precious metals split gains and losses on Friday, but they all fell for the week. Gold and silver extended their weekly losses to five in a row.

Looking ahead to next week, Kitco News offers the following predictions via their Wall Street & Main Street polls:

“This week, 16 Wall Street analysts participated in the Kitco News gold survey. Among the participants are three analysts or 19%, we are short-term bullish on gold. At the same time, six analysts or 50% were down on gold and five analysts or 31% were neutral on the precious metal next week.

In PGM futures for Friday and for the week:

Both are lower year-to-date with declines of 7.2% for platinum and 4.5% for palladium.

Below is a breakdown of US Mint bullion product sales with columns detailing the number of coins sold over different time periods.